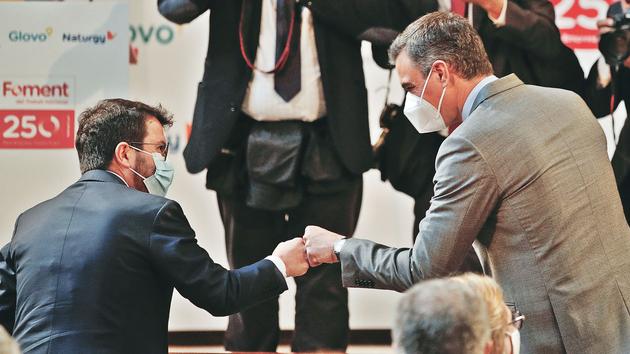 Will the magnanimity of the central power lead to the appeasement of the rebel region, as the Spanish government says it hopes? Or is leniency with secessionists an admission of weakness on the part of the executive suspended from the demands of insatiable allies, as the opposition fears? Two and a half years after the referendum and the declaration of independence not followed up in Catalonia, the desire of the president of the government, the socialist Pedro Sánchez, to pardon the 12 Catalan leaders resuscitates a frontal and total opposition between two ways of understand the separatist challenge.

Read also :The keys to understanding the triumph of the Madrid right

On the one hand, the bet of the left-wing government, which resumes a process of dialogue started in early 2020 with a region still controlled by the die-hards of Junts (independentist right center), interrupted by the pandemic and by ill will of both parties. Madrid once again believes in the possibility of a thaw since the arrival, two weeks ago, of Pere Aragonès (ERC, independentist left),