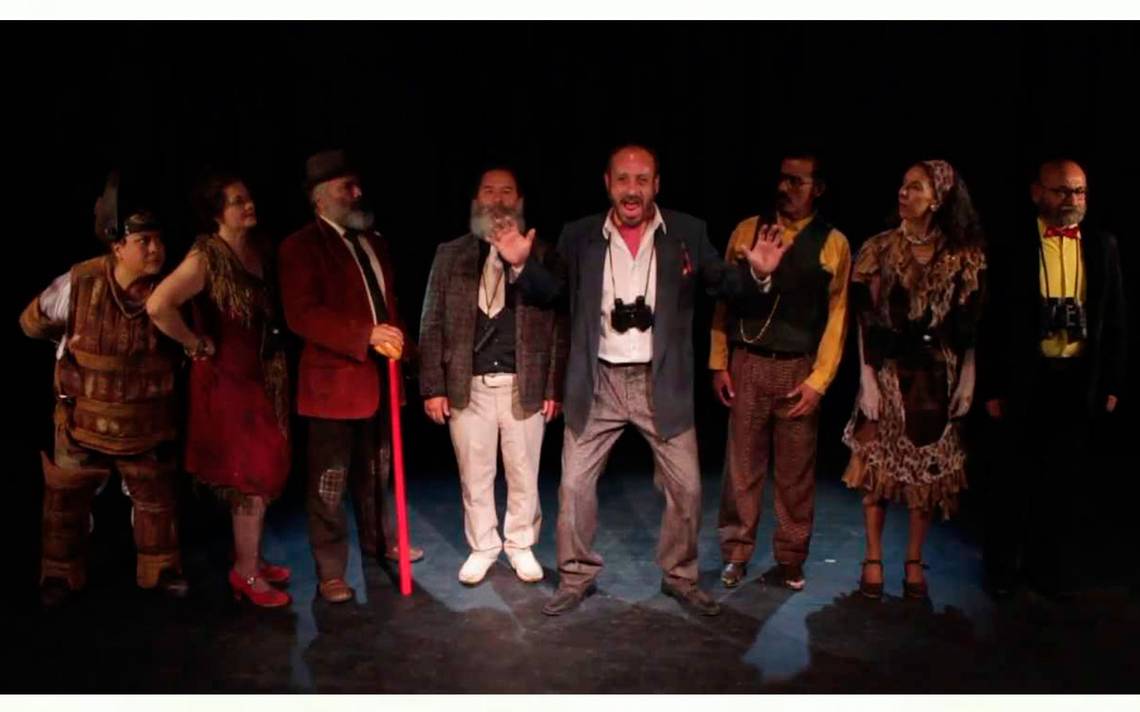 The interest of the Veracruz actress Juana Maria Garza has focused on acting, although what it does Currently, he says, it is not theater, film, or television, however he does maintain his interest in looking for something within himself to give through the means with which you work from home. “It may be that in life I have no energy, but on a stage I do”, states.

Part of her being human is never being satisfied, but grateful to have entered the world of theater and of remaining for 39 years in the Titular Theater Company of the Veracruzana University, for which he had to choose between medicine and theater, “because you cannot serve two masters.”

“I feel grateful for living every moment of what I do, execute, observe, search in myself to shape the being that is written”, search in which she feels tied by herself because there are things she does not like. “In the construction of the character sometimes you win and sometimes they beat you”, however there are characters that remain forever in memory.

There is no small character, he affirms, because he makes you look for how to reach him to give him life on stage with body work, inner work, analysis, voice; there are characters that work for the public but there are others that are not so exploitable.

There have been works in which he likes the director, everything, but he does not agree with the character that he has to act, which is like life itself, he says, but he does it because it is what he has prepared for and the challenge represents satisfaction, because you strive to do your best. “It may be that in life I have no energy, but on a stage I do”, indicates.

He does not like to write or direct, but he does like to be on stage; as well as working on costume design, color, how it is born and how to make that life that is formed in the scene, even if it is so ephemeral, which is relative, he reiterates.

A CAREER OF LIFE

He won the national theater prize with El gallo de oro, under the direction of Enrique Pineda, with the role of the young and adult caponier.

His participation in Stories of teachers with Loló Navarro and nationally renowned actors gave him the opportunity to make art films, from which came the invitation of a national television station to be part of his school, However, he declined the offer because his hobby was theater, although it is so ephemeral “That in a minute there is no more.”

His first meeting with the public was at the age of 6 with a monologue at the end of courses, a hobby that he continued to develop thanks to the fact that his maternal grandmother was an eternal lover of theater and cinema. until at the Illustrious Veracruzano Institute he entered the theater workshop directed by Loló Navarro, under whose tutelage he spent a long time. She also organized the theater workshop at the Museum of the City of Veracruz, where she was directed by Juan Vicente Melo in “The Love Show.”

He made his debut with the Orteuv in 1981 with the staging of Cúcara y Mácara from the then Theater Infantry, one of the three companies that the Veracruzana University had. In 1982, with El baile de los montañeses with the Titular Theater Company and in 1983, with Ratas. He has also acted in: Mask vs. Cabellera, Veracruz, Veracruz, Cachiporra puppets, A solid home, Our people, Psycho / sausages, Rosalba and the key rings, The pure place, Partridge Eye, and Idiots contemplating the snow, among others. She was director of the Orteuv from 1999 to 2005 and is part of the organizing committee of the University Theater Festival.