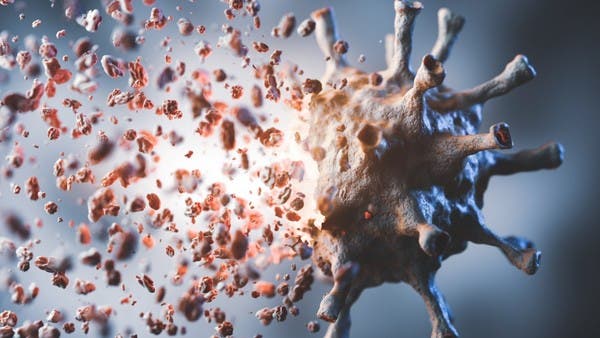 At a time when mutant contacts Corona Virus Finding loopholes to spread and infect the largest possible number of people in the world. Those concerned are trying to reassure everyone that vaccines are highly effective, yet they stress the need to adhere to precautionary measures so that people avoid any cunning from the epidemic.

And while the World Health Organization predicted that it would become a delta mutant from Corona VirusThe highly contagious and currently responsible for more than 75% of new infections in a number of major countries, the most dominant strain in the coming months, Anthony Fauci, the chief infectious disease expert in the United States, actually admitted during a session of the US Senate that the Delta strain is the cause of more 80% of new cases are in America.

However, he reiterated that the approved vaccines are still more than 90% effective in reducing hospitalization rates and deaths.

In the midst of these developments and turmoil, Al Arabiya.net contacted Dr. Mazen Zuwaihid, Head of the Chest Diseases and Intensive Care Department at the American University Hospital in Dubai, who holds a Bachelor’s degree in Medicine and Surgery from Damascus University in Syria, and then a Diploma in Internal Medicine from Case University In the United States of America, who has already made it clear that new mutations of the Corona virus are spreading very quickly, and in a much larger way than normal strains.

He also revealed that vaccines are still effective against it, as they do not prevent infection completely, but rather prevent difficult symptoms after infection, as the disease comes on the person receiving the vaccination much lighter than the unvaccinated.

He explained that the symptoms of the vaccinated people come with an upper respiratory syndrome, and the infections often do not reach the lungs.

He stressed that the new “Delta” strain is actually the fastest spreading, explaining that Corona with the Delta strain has caused a great change in its properties, and has become very fast spreading, and the method of infection has become much easier, and perhaps Britain and America are the two greatest examples.

What about Chinese Sinopharm?

While a recent study led by one of the leading universities in Sri Lanka, accompanied by researchers from Oxford University, reported that the Chinese “Sinopharma” vaccine achieves a high efficiency of 95% against the delta variant, Zuhaid explained that Sinopharm is weaker than other vaccines in the face of new mutant, stressing that Pfizer achieved a percentage of most important.

He added that there were patients who had received the Sinopharm vaccine, and had contracted Corona, who had severe symptoms, compared to those who received Pfizer and felt the same symptoms.

He also confirmed that with re-vaccinating people who received Sinopharm with two doses of Pfizer or at least one dose, as soon as 6 months have passed since the second dose of the Chinese vaccine.

As for the new drug, which the UAE Ministry of Health announced in early July, granting it emergency use, it has largely confirmed the efficacy of this drug in the face of the emerging corona virus.

He added that the new drug, produced by the global company GSK, had already proven effective, but with the first days of infection, that is, before the virus reached the lungs.

He also continued that the drug is in its golden phase that can eliminate the disease, but if the infection was discovered early and the drug was taken at the same period, not to wait until after 5 days, because the delay leads to the virus reaching the lungs, and therefore the effectiveness of the drug may become almost non-existent. .

He pointed out that recent studies and statistics were very, very promising about this new drug if the condition for its early use was implemented.

It is noteworthy that the UAE had granted the emergency use of the drug “Sotrovimab- VIR-7831”, which relies on “monoclonal antibodies” to treat patients aged 12 years and over who face a high risk of developing severe Covid-19 symptoms and hospitalization due to the repercussions of the disease.

The results were quoted on the drug produced by the global “GSK” company, and it was approved and approved by the US Food and Drug Administration for emergency use.

It has proven to be effective in treating Covid-19 cases, and has contributed to reducing the hospital stay, as well as reducing the death rate by 85%, after it relied on monoclonal antibodies to treat patients aged 12 years and over, and treat simple and medium infections caused by the mutated virus and emerging mutations. .