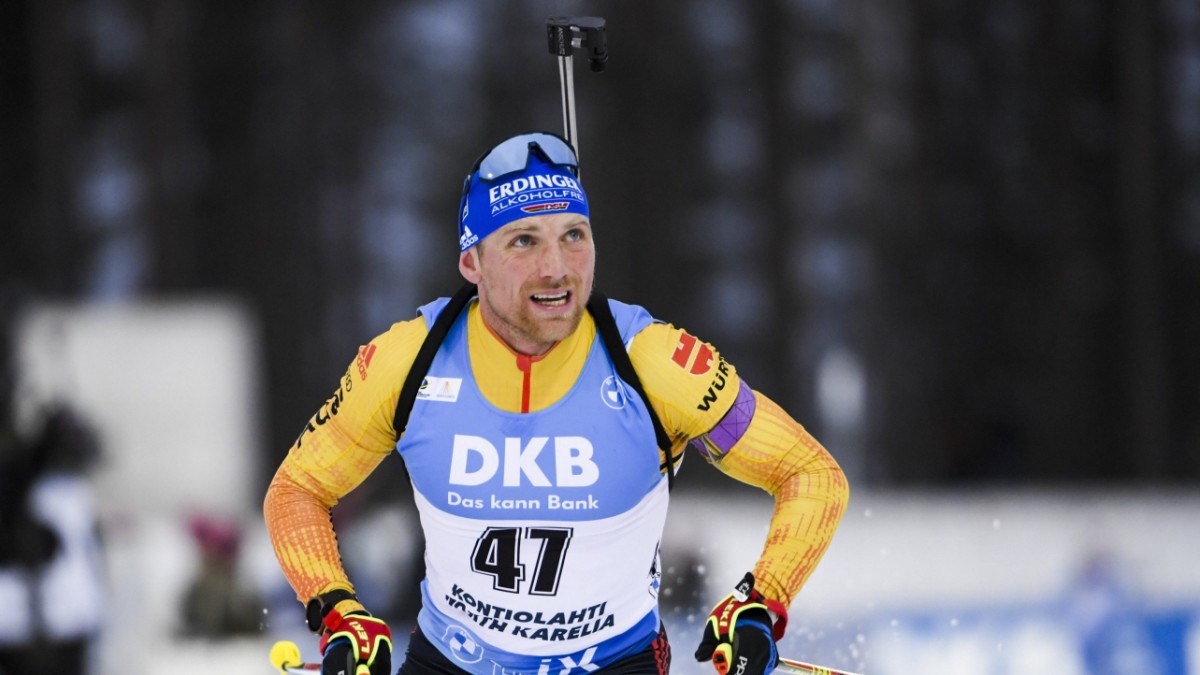 It wasn’t that long ago that Erik Lesser expressed his ambitions in his sport with very clear words. It was February, shortly before the World Championships in Antholz, Lesser had to prove himself in the IBU Cup, the second division of biathlon, in order to even be considered for a medal race in South Tyrol; running in particular gave him problems at the time. So Lesser said that he “doesn’t want to take the parking ticket on skis,” that was how it felt to him last winter: like stopping in your own career.

They were words that you have to get out of your lips once you’ve won Olympic medals and become world champion. But those who do not spare themselves are sometimes most likely to make progress.

The 32-year-old has already got to know the ups and downs in his sport extensively, at the start of the season this weekend in Kontiolahti he ambitiously parked, full barrel out on the racetrack: after 20 kilometers in the Finnish cold, the three suddenly appeared next to his name. Lesser looked at the display and back again, at the screen and back again. Then he stretched his arms up and collapsed in exhaustion. “A week ago I wasn’t even qualified,” he said later on the ZDF microphone, “I have no idea how I did it.”

Third place in an individual, the most demanding race in biathlon, based on Erik Lesser’s experience over the past year and a half, that is actually a furious comeback. One that even distracts from the fact that a few hours later Denise Herrmann only missed victory against Dorothea Wierer by 0.8 seconds. Because the competition in the German men’s team has become greater than in previous years – and after a broken collarbone in summer 2019, Lesser fought for a long time to get back on his feet. Pressing the sticks in the snow caused him problems for months, and back pain also prevented fast times. The first individual races last winter he finished 33, 72, 70 and 82; he had to vacate his place in the World Cup team, could not meet the World Cup norm.

“Sometimes I’m a little jealous of Martin Fourcade, who quit in March,” Lesser said recently Südthüringer Zeitung“It’s really good for him because training doesn’t get easier with age, but the pain increases.” But the thought of biathlon still tickles Lesser; He showed that he could come back at the World Championships in Antholz: As a successor he was allowed to run the single mixed relay with Franziska Preuss, they won silver; Lesser also got a starting place in the men’s relay and took home bronze. And having to prove did not cease afterwards; and you can already get the idea: It’s good for someone like Erik Lesser.

He still had to win internal elimination races

Ten of the German biathletes traveled to the last training camp in Muonio, almost a nine-hour bus ride from Kontiolahti, and only there should a decision be made as to who is allowed to travel to the World Cup. Arnd Peiffer, Benedikt Doll, Johannes Kühn and Philipp Horn were seeded due to the results of the past season; Lucas Fratzscher as the overall winner of the IBU Cup as well – two further starting places were determined in elimination races in Muonio. Lesser won twice, he prevailed against Simon Schempp, among others, who is still struggling with his form. “Erik is characterized by the fact that he is there when it comes to the sausage,” said national coach Mark Kirchner Free word.

After the last shooting, Lesser noticed that Kontiolahti was about the sausage: he only missed one of 20 targets, he was now in fifth place and with an astonishingly brisk final lap earned himself the first podium in an individual race in the World Cup for almost almost three years. In the surprise victory of the Norwegian Sturla Holm Laegreid (0 mistakes), Johannes Thingnes Bö came second (1; +19.6 seconds); without a mistake it would have been enough for Lesser to finish second. “I’ve been feeling quite sensible on skis for a few weeks now and I have a good feeling. I can be absolutely satisfied,” he said later.

He already has the World Cup ticket for Pokljuka in his pocket after the first race, but the competition in his own team for the starting places in the World Cup should continue in the coming weeks. And the fact that they now have a few more races ahead of them in Kontiolahti doesn’t have to mean the worst, at least for Lesser. The route doesn’t suit him, he once said; In 2015 it was: He said goodbye to his family with the words: “You don’t need to expect much from me.” He came back with a medal as World Pursuit Champion.