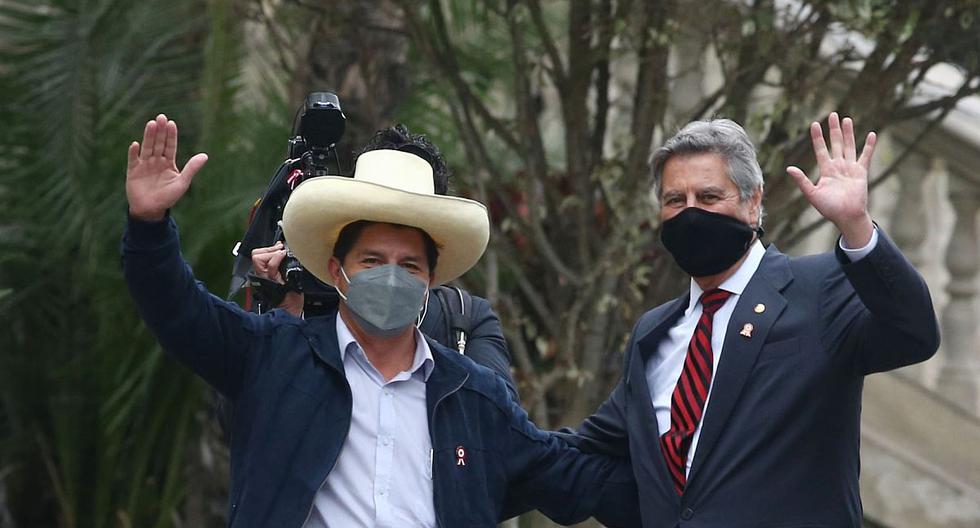 In these National Holidays Various special activities will be developed to celebrate the Bicentennial of the Independence of Peru.

According to the established program, the activities will begin from today at 7:30 pm where President Francisco Sagasti will participate in a Commemorative Act together with the presidents invited to the inauguration of Pedro Castillo, and half an hour later they will share an official dinner in the Government Palace.

LOOK: National Holidays: about 25 thousand policemen in Lima will be deployed on July 28 and 29

This same night, in parallel, the credentials of the Special Missions that will attend the inauguration ceremony will be presented, the act will be held at the Torre Tagle Palace.

This Wednesday from 8:00 am, Francisco Sagasti will attend mass and Te Deum in the Cathedral of Lima; The arrival of President-elect Pedro Castillo at the Torre Tagle Palace is scheduled for 8:45 am.

From 11:00 am the delivery of the National Orders to Castillo is expected and 15 minutes later the arrival of the Invitation Commission of the Congress of the Republic to the Torre Tagle Palace is expected.

In parallel, Francisco Sagasti will go from the Government Palace to the Congress for the delivery of the presidential sash.

From 11:30 a.m., the transmission of the inauguration will take place in the Legislative Palace to where the elected president Pedro Castillo will arrive, who will offer his message to the nation at 12:15 p.m.

Starting at 2:20 pm, Pedro Castillo will receive the greeting of the invited leaders, who will wait at the Convention Center, in the San Borja district, to then share an official lunch from 2:30 pm

Pedro Castillo will present the members of the cabinet who will accompany him during his government, the ceremony is scheduled for 4:30 pm at the Lima Convention Center. At 7:00 pm there will be a greeting from the heads of state, members of the Special Missions and high authorities to President Pedro Castillo.

Finally, on Friday 30, from 9:30 in the morning, the ceremony of Recognition of Pedro Castillo as Supreme Chief of the Armed Forces and National Police of Peru and a Military Parade for National Holidays will take place.

THIS VIDEO MAY INTEREST YOU