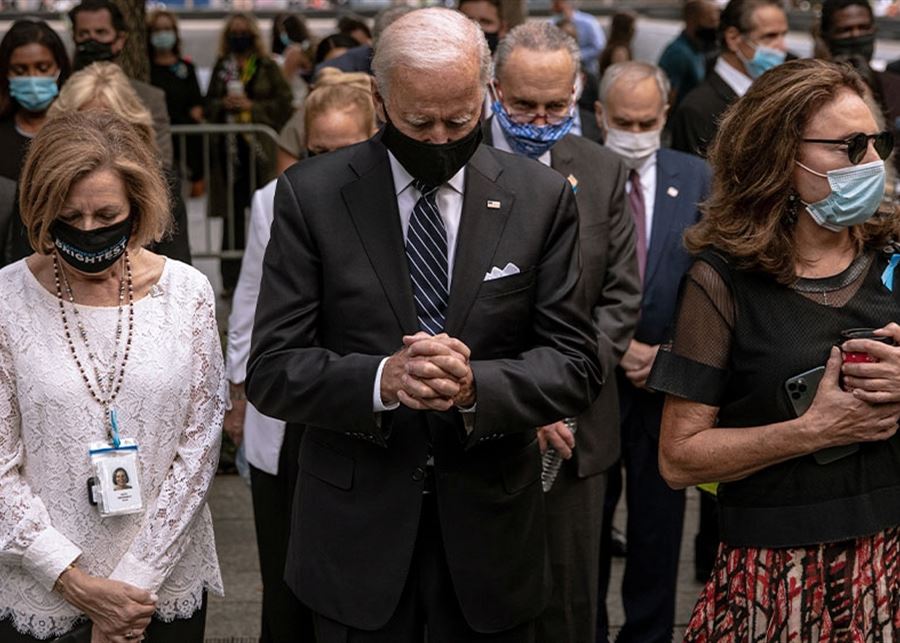 The White House said Friday that US President Joe Biden has ordered a review of the possibility of declassifying some FBI documents related to the investigation of the September 11 terrorist attacks, according to Reuters.

“When I ran for president, I committed to ensuring transparency regarding the declassification of documents from the September 11, 2001 terrorist attacks on America,” Biden said in a statement, adding that he would “respectfully treat” the families of those who died in the attacks.

And the American NewsMax website said earlier that President Joe Biden signed an executive order, on Friday, directing the FBI to release confidential documents related to the relationship of the Kingdom of Saudi Arabia to the September 11, 2001 terrorist attacks, quoting a source close to the Biden administration.

Biden’s decision, according to the site, to move to the executive order this week came after the families of the September 11th victims, Thursday, asked the attorney general in the Department of Justice to investigate their allegations.

The families of the victims suspect that the FBI “lied or destroyed evidence linking Saudi officials to the Al Qaeda kidnapper team.”

In the letter to Justice Department Inspector General Michael Horowitz, the families claimed that “the circumstances make it probable that one or more FBI officials committed willful misconduct with intent to destroy or conceal evidence to avoid detection.”

Victims’ family members have long sought government documents, including classified law enforcement and intelligence reports, regarding whether Saudi Arabia aided or funded any of the 19 al-Qaeda-linked attackers that the Taliban gave safe haven in Afghanistan at the time.

Fifteen of the 19 hijackers were from Saudi Arabia.

A US government commission found no evidence that Saudi Arabia directly funded al-Qaeda.

He left it open as to whether Saudi officials had done so.

Saudi Arabia denies any link to the attacks.

The families of nearly 2,500 of the dead and more than 20,000 people who were injured, as well as companies and various insurance companies, have filed a lawsuit against Saudi Arabia for compensation that could reach billions of dollars.

And last month, several families asked President Joe Biden not to commemorate the 20-year memorial events unless he declassified documents they claim will show Saudi leaders’ support for the attacks.

“My administration is committed to ensuring the maximum degree of transparency under the law,” Biden said August 9 in a statement.