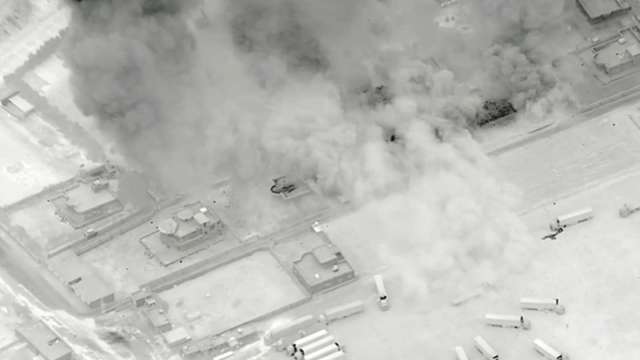 After the United States launched air strikes on the borders of Iraq and Syria, global tensions have increased. On Monday (28th), the yield of U.S. Treasuries fell, and Wall Street awaited the latest non-agricultural report.

After U.S. President Biden ordered airstrikes on Syria in February, just as the United States and Iran were considering returning to nuclear agreement negotiations, the U.S. Department of Defense announced on Monday that Biden had again ordered airstrikes on Iran-backed “Hezbollah brigades” and “Martyrs Said”. Battalions and other militia organizations’ combat facilities and arsenals.

On Monday, the U.S. Department of Defense received Biden’s approval to dispatch F-15 and F-16 Air Force fighters to target two air strikes in Syria and a border zone close to Syria and Iraq. A 500-pound bomb and a bomb were dropped. A 2000-pound satellite-guided bomb.

After the United States announced its airstrikes on the borders of Iraq and Syria on Monday, buying interest in U.S. debt has increased. At the same time, position adjustments at the end of the month and the end of the quarter have also affected the bond market. Wall Street awaits the latest non-agricultural employment report released on Friday.

Nomura Securities analyst George Goncalves mentioned that many issues of bond market buying and position settlement adjustments have to be dealt with at the end of the month. Investors will wait and see the latest non-agricultural data. The Federal Reserve is preparing to reduce the scale of bond purchases, which will also affect the future. The bond market trend.

Since the beginning of the year, the 10-year U.S. Treasury yield has been below 1.6%. According to John Canavan, chief analyst at Oxford Economics, the federal funds rate forecast issued by the US Federal Open Market Committee (fomc) is more than expected. Tough, this is the initial overreaction of investors, which caused the U.S. bond yield curve to flatten sharply. Since then, yields have stabilized, but US Treasury yields are expected to rise further in the second half of this year.