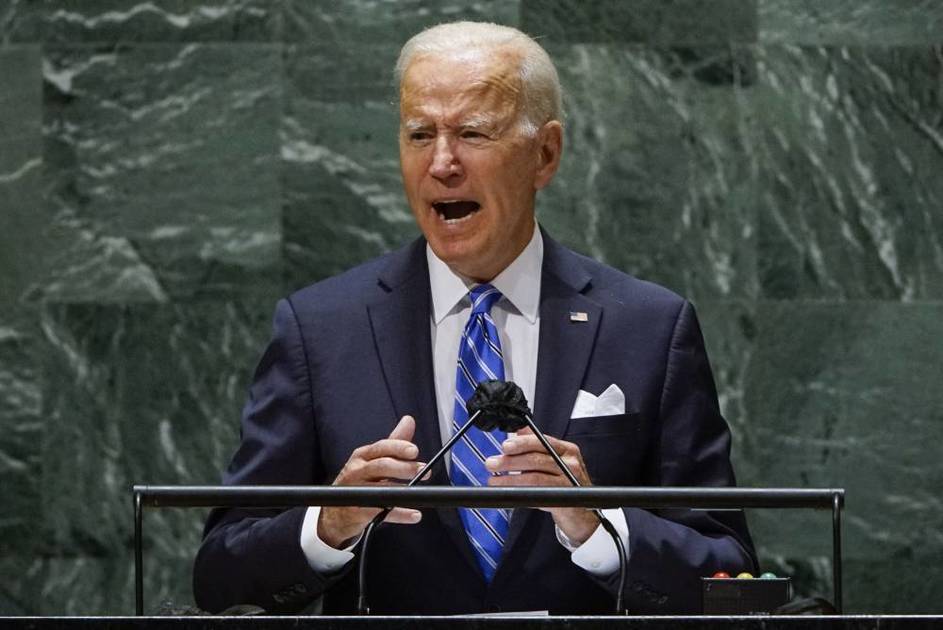 US President Joe Biden said in a speech Tuesday to the United Nations General Assembly that the United States “does not seek a new Cold War,” in an apparent reference to the confrontation with China. He stressed, “We do not seek a new cold war or a world divided into blocs. The United States is ready to work with any country that commits and seeks a peaceful solution to share challenges even if we have strong differences in other areas.”

He pointed out that the United States wants to open a “diplomatic era” after the end of the war in Afghanistan, and will not resort to military force except as a “last option.”

“Over the past eight months, priority has been given to rebuilding our alliances, reviving our partnerships, and recognizing that they are essential to the lasting security and prosperity of the United States,” he added, while the United States was mired in an unprecedented diplomatic crisis with France, its oldest ally.

The US President stressed that a democratic and sovereign Palestinian state is the “best solution” to ensure Israel’s future.

He said, “The commitment of the United States to Israel’s security is indisputable.” “But I still believe that the ‘two-state solution’ is the best way to secure Israel’s future,” he added. “We are still very far from that goal at the moment, but we must not allow ourselves to give up the possibility of making progress.”

Biden said the United States would “announce additional commitments” to boost vaccination in the least developed countries during an online summit he is organizing. The US president also promised that Washington would “double again” the international aid it gives to the least developed countries to face the repercussions of climate change, without specifying the amounts.