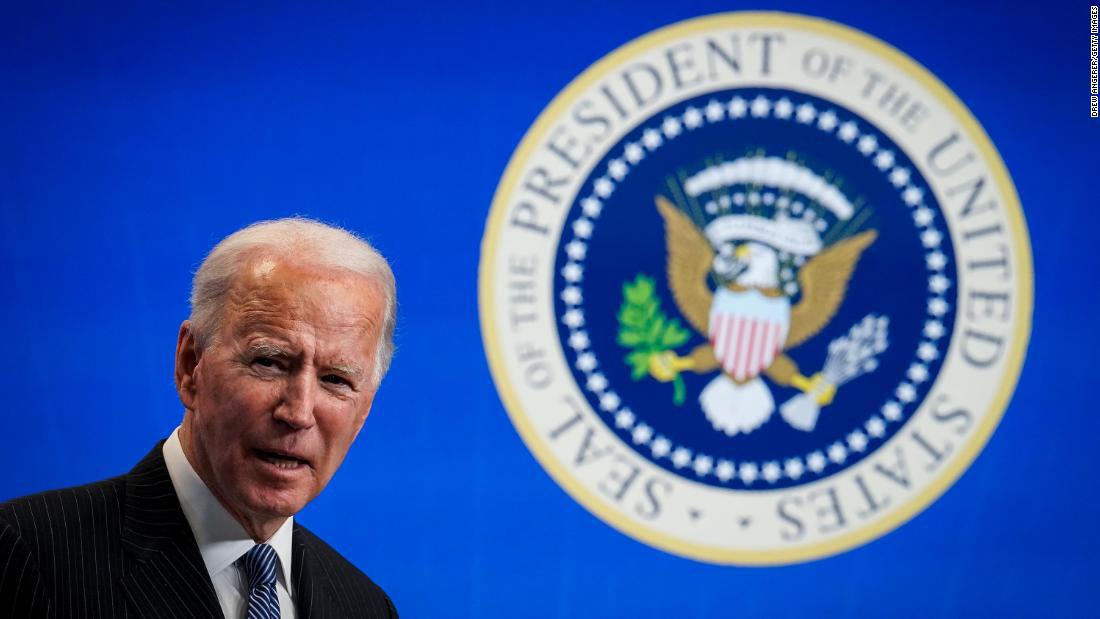 (CNN) — President Joe Biden is expected to sign an executive order that would establish his goal of admit tens of thousands more refugees to the United Statesaccording to two officials in his government.

Under former President Donald Trump, America’s refugee admission program was largely decimated after years of declining arrivals, including a limit of 15,000 immigrants in fiscal year 2021, a number dramatically lower than the country’s historically high admission limits.

The refugee limit, which dictates how many can be admitted to the United States, must be approved by the president. But where the cap was often seen as a target to be reached, the actual number of refugees admitted dropped dramatically under the Trump administration.

During the campaign, Biden pledged to increase refugee admissions nearly tenfold, up to an annual limit of 125,000. The president is expected to sign immigration decrees as early as Friday, according to a draft of the calendar sent to his government allies.

While it’s unclear when Biden intends to hit the levels he committed to, the long-awaited decree would serve as a guiding principle in setting a tone of openness to refugees and establishing a list of required reports between 30 and 120 days, depending on to a National Security official.

White House officials have made clear their intention to beef up the program. Over the weekend, Esther Olavarria, deputy director of the National Policy Council for Immigration, said that Biden’s next actions will “restore the refugee admission program and allow the United States to return to its historic role as leader and protection for the refugees. refugees”.

Friday also marks two years of a Trump-era policy that required non-Mexican migrants seeking asylum to wait in Mexico until their hearing date in the United States. The orders build on actions already taken in Biden’s first hours as president and cement the administration’s vision for immigration and border processing.

The White House declined to comment on Biden’s plans.

Biden’s Actions on Immigrants in the US

On Saturday, during the winter meeting of the U.S. Conference of Mayors, Olavarria said that one of Biden’s upcoming decrees focuses on the border and the region as a whole by providing funding to address the root causes of the immigration. Biden will also establish programs to provide protection to those closest to their homes by strengthening asylum systems in neighboring countries, implementing a United States refugee admission program for migrants in the region, and reactivating the program. of Central American minors that had been terminated by Trump and allows certain at-risk youth to live in the United States.

And on the southern border of the United States, the government intends to establish a “fair but efficient asylum program” that includes ending the program called “stay in Mexico”, which obliges migrants to remain in Mexico while their immigration cases are developed in the United States, as well as the third country agreements with Central American countries that were established under the Trump administration.

Honduran is deported to Guatemala under agreement of Third Safe Country 3:10

The Department of Homeland Security ended new enrollments in the “stay in Mexico” program last week, but did not address what happens to those who have already been subject to the policy.

Olavarria also cited executive action that would rescind Trump’s proclamations largely banning the admission of low-income immigrants, such as the public charge rule, which makes it difficult for immigrants to obtain legal status if they use benefits like Medicaid, food stamps. and housing vouchers.

“These are policies that ignored decades, and indeed centuries, of contributions that immigrants have made to our economy, to our society, to our culture. We will rescind those policies and return to a country that welcomes immigrants and recognizes their contributions, “he said.

The Biden administration’s approach to immigration is in stark contrast to that of the Trump administration, which sought to restrict immigration to the United States. In 2019, then-acting director of U.S. Citizenship and Immigration Services, Ken Cuccinelli, in an interview changed the iconic poem on the pedestal of the Statue of Liberty to suggest that only immigrants who can “fend for themselves” are welcome in the United States.

Biden is also expected to sign a decree establishing a task force that will focus on reuniting separated families on the US-Mexico border under Trump’s controversial “zero tolerance” policy, which ended in June 2018. On Tuesday, the Justice Department officially rescinded the 2018 memorandum.

“In keeping with this long-standing principle of making individualized evaluations in criminal cases, I am rescinating – effective immediately – the policy directive,” Acting Attorney General Monty Wilkinson said in a memo to federal prosecutors.

Despite the flood of announcements and actions, White House officials acknowledge the limitations of executive authority.

“The president has a lot of authority to fix the immigration system in different ways,” Tyler Moran, chairman of Immigration for the National Policy Council, told mayors Saturday. “But what the president can’t really do is give people permanent status and we’ve made so many attempts with this, but we really have to do it to make sure people are on the path to citizenship.”

The immigration bill that Biden sent to Congress is a priority, although a White House official admitted that “it is not an all or nothing process.” The expectation is that the leaders of both houses and both parties will work together on a package, and the final legislation could be different.