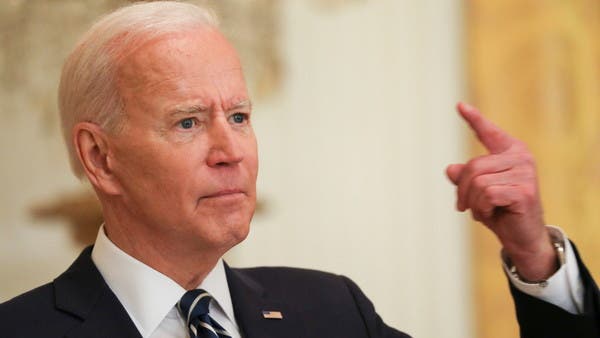 The White House said, on Monday, that President Joe Biden’s decision to strike militias in Iraq and Syria is legally sound, and that the strike is aimed at deterrence and Iran is a bad party.

In addition, the Pentagon spokesperson told Al Arabiya that Washington reserves the right to respond to any attack targeting Americans in the region, pointing out that the Iranian-backed militias are responsible for the attacks on our sites in Iraq.

The source added, “Our attacks in Iraq and Syria are a message that we will not tolerate any attack on our forces,” explaining, “We do not seek a conflict with Iran, but we have a military deployment that allows for a response.”

The Pentagon spokesman stressed that America is able to respond to any threats and attacks on its forces, noting that the US administration has not finished evaluating the results of its strikes in Iraq and Syria, but it believes that they are successful.

A picture from the recent American strike on the PMF sites

On the other hand, the Iraqi army spokesman condemned, today, Monday, the US air strikes on targets of armed factions on the border with Syria, describing them as a “violation of sovereignty”, in a rare criticism of US military action.

Later, the Iraqi Prime Minister, Mustafa Al-Kazemi, condemned the US strikes on Iranian-backed Iraqi factions, considering them a “blatant violation of Iraq’s sovereignty.”

And he said in a statement issued by his office: “Iraq renews its refusal to be an arena for settling accounts, and adheres to its right to sovereignty over its lands and to prevent its use as an arena for reactions and attacks,” calling for “calm down and avoiding escalation in all its forms.”

A security deployment was observed in the Green Zone after the militias’ threats to respond to America’s raids.

The Iraqi National Security Ministerial Council also condemned the “American bombing at the border with Syria”, after its meeting on Monday afternoon, headed by Al-Kazemi.

The Ministerial Council for National Security announced that it is considering resorting to all available legal options to prevent the recurrence of such attacks that violate Iraq’s airspace and territory, in addition to conducting a comprehensive investigation into the circumstances of the accident and its causes and working to prevent it from recurring in the future.

The Council stressed its complete rejection of making Iraq an arena for settling accounts, or using its lands and skies to attack its neighbors, at a time when the government has strengthened its steps by adopting a calm policy, and adopting the principle of dialogue as a way to reduce the intensity of conflicts and achieve security and stability in Iraq and the region.

The Council stressed that the government has continuous dialogue sessions with the American side, which have reached advanced stages and to the level of research into the logistical details of the withdrawal of combat forces from Iraq, the details of which will be announced later.

The Iraqi army spokesman, Yahya Rasoul, said on his Twitter account: “We condemn the US air attack, which targeted a site on the Iraqi-Syrian border last night, which represents a blatant and unacceptable violation of Iraqi sovereignty and Iraqi national security in accordance with all international conventions.”

The messenger was referring to Air strikes that killed at least 7 Shiite militants Allied with Iran.

The Popular Mobilization militia announced the killing of a number of its militants in the American raids.

For its part, the Iraqi Al-Fateh Alliance confirmed that “there were deaths as a result of the American raids” on its militia positions in Al-Qaim. The Al-Fateh coalition called on the government to “work to end the American presence.”

A US official said that precision-guided munitions were used to strike Iranian militias in Syria and Iraq, noting that the targeted sites had command and control capabilities.

The US military, which is leading an international coalition in Iraq, is working with the Iraqi army to fight ISIS remnants.