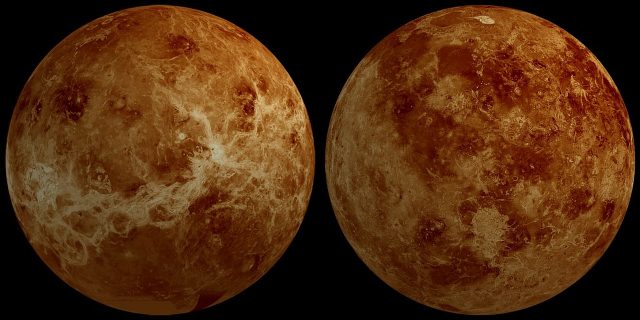 In the hope of finding clues or traces of extraterrestrial life, it is clear that researchers are scrambling. And sometimes their efforts seem to pay off. Besides, Venus, our neighboring planet attracted a lot of interest from scientists last year due to of a “probable” biosignature discovery in its atmosphere.

But a study recently published in the journal Astrophysical Journal Letters apparently comes to reshuffle the cards. Indeed, according to in-depth analyzes, it turned out that this supposed biological signature was in fact only sulphur dioxide.

It must be said that for many scientists, this news was hardly surprising. On the other hand, for those who believed in it, the pill was rather hard to swallow.

The hypothesis of a Venusian life challenged by this study

As a reminder, the phosphine, a molecule that can be found on Earth, plays a crucial role in the activity of bacteria. The latter is therefore a biosignature, a compound indicating traces of life. And last year, researchers believed to identify this molecule in the atmosphere of Venus. A rather encouraging discovery which has caused much ink to flow.

Precisely, in order to confirm the facts and at the same time, to verify whether Venus could well have sheltered life, other researchers have embarked on more in-depth examinations relating to these traces discovered in its atmosphere. Result, none of the data collected revealed no spectral trace of phosphine.

Contrary to what one thought, no trace of extraterrestrial life thus existed on Venus. According to the results of the new study, what was believed to be phosphine is actually just sulfur dioxide, a compound that has nothing to do with the biological signature. Moreover, this colorless and toxic gas is present in large quantities on Venus.

For many researchers, this result is not surprising

For your information, phosphine disintegrates very quickly in the air. So its presence in large quantities in the atmosphere of Venus could be due to a biological process that takes place on the surface of this planet, according to the hypotheses.

But today, after discovering that what was thought to be phosphine was in fact only sulfur dioxide, the theory of biosignature on Venus is reduced to nothing. And for many scientists, the fact that Venus had probably never been the home of life, is not so much of a surprise in the end.