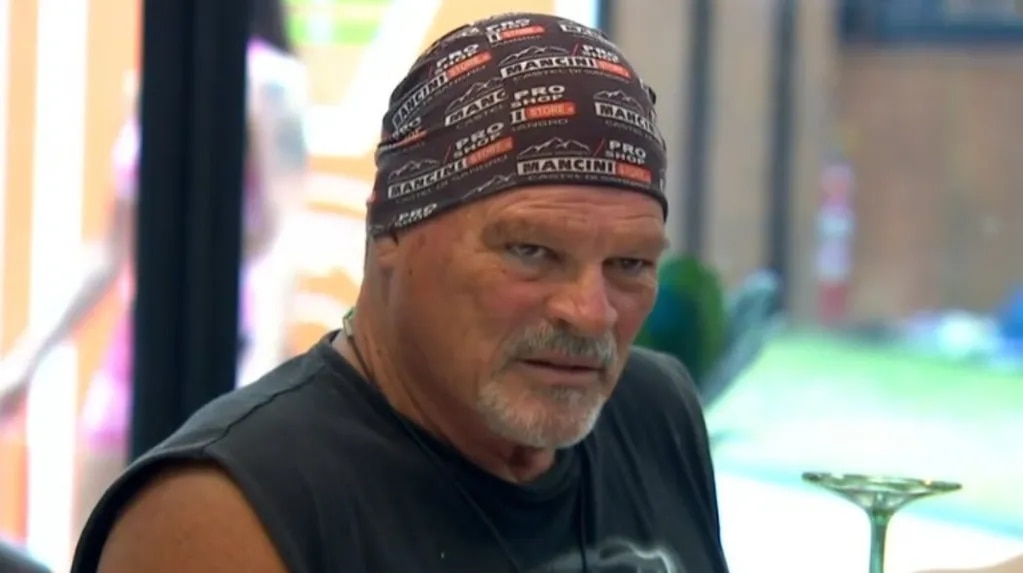 Alfa was once again at the center of the controversy in Big Brother (Telephone) because, after the match of the Argentine national teamHe opened the bathroom door to spy on Marcos y Agustin.

The oldest participant in the house felt doubts when Nacho told him that the two little brothers were alone in the toilette and decided to invade their privacy to see what they were doing. “Homophobic” e “disrespectful” were some of the reactions that appeared on social networks.

Also read: A video of Daniela Celis from “Big Brother” came to light working as a bricklayer between bricks and cement

It all happened because Alfa wanted to find Marcos and Agustín. While Nacho helped Cata with her haircut, he told her: “One is taking a bath and the other is in the bathroom.” “The two of them in the bathroom? Hmm…”, Walter suggested, and immediately went to the door to open it and spy on them.

“The shower is running, make a bowl… and go in,” Walter told Nacho so that his partner could sneak into the bathroom and see what they were doing. Then, given his latent curiosity to know what the little brothers were doing, he decided to look again and expressed: “Now he is taking a shower, but not two minutes ago”.

The fans of Big Brother They didn’t take it very well when Alfa looked at Marcos and Agustín without consent while they were in the bathroom. “The dirty and perverse mind that you have cannot be believedsaid one user. “Then does she get angry if they tell her degenerate?”, “Alpha is very homophobic”, “You can’t be so disrespectful, when you’re on the plate I’m going to spend all the Christmas bonus to vote for you”, “He has not the slightest respect for privacy!”, they also opined on Twitter.

Alfa made a comment about sexuality Marcos y Agustinwhich he then graphed with a reprehensible imitation that Julietwho was in the talk, categorically rejected.

“Marcos is gay,” Alfa commented when he was in the patio with Romina and Juliet. “No, not there. It doesn’t seem to me”said the young model.

The largest participant in this edition, then, suggested that Marcos liked men and he did the same with Agustín. “Do you swear to me that you are not going to say anything?”he asked Juliet y Romina before showing them what he supposedly saw of his partner.

Also read: Julieta Poggio was unfaithful to her boyfriend by having a passionate kiss with Daniela in “Big Brother”

Alfa got up from the chair and did an imitation of Agustín, according to what he said, “looking at the panties on the clothesline.” “I swear I’m not lying,” she remarked. “Oh, no Alpha, how ugly. How disgusting, boluda ”, Julieta told Romina, after seeing Alfa’s way of making fun of her partner.

On Amazon, last hours to get a Seagate external hard drive at the best price