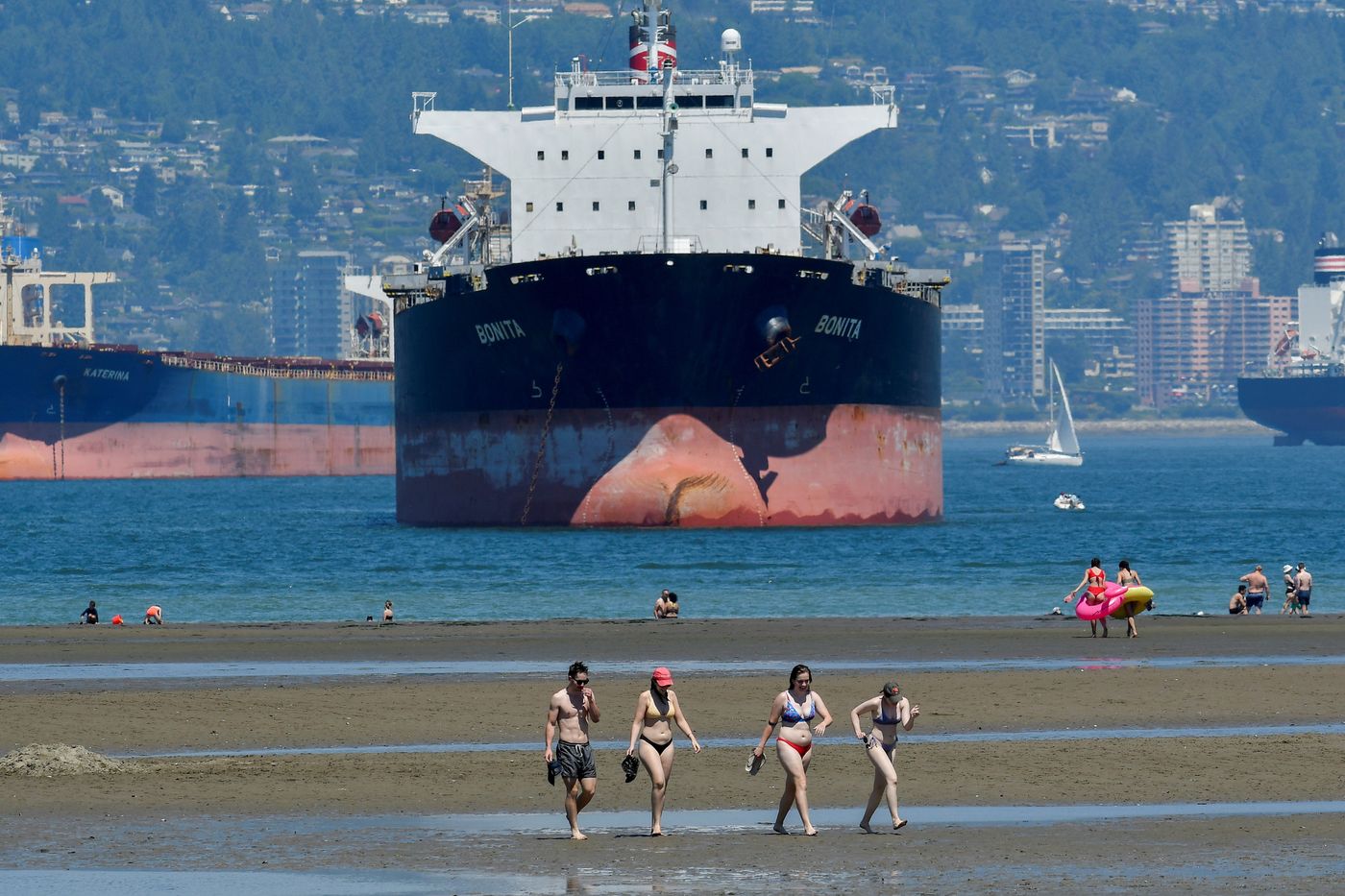 45, 46, 47 ° C… How far will the temperatures rise in Canada? Schools and vaccination centers closed, residents taking refuge in “refreshment” centers, western Canada and part of the United States have been facing, for a few days, an unprecedented heat wave.

In Canada, the heatwave killed 134 people, mainly the elderly. 233 deaths were reported in the province of Vancouver between Friday, June 25 and Monday, June 28, compared to about 130 on average for the same period under normal circumstances, authorities said.

Global warming, the alert level has been reached

In the United States, the mercury was 46.1 ° C in Portland (Oregon), Monday, June 28, and 41.6 ° C in Seattle (Washington State), according to readings by the American Meteorological Service (NWS). Unheard of in the two cities of the northwestern United States, known for their cold and humid climate.

Further north, the Canadian record was broken that same day, in Lytton, British Columbia, where the thermometer climbed to 47.9 ° C. These scorching temperatures can be explained by a phenomenon called ” heat dome “. A phenomenon all the more dangerous, as it should last all week.

A daily life in turmoil

« My children’s schools are closed due to the extreme heat. It had never happened in my life ”, tweeted Vancouver-based Canadian researcher Seith Klein, who specializes in global warming policies.

→ ANALYSIS. Global warming: have we really reached the point of no return?

Also in British Columbia, in Pemberton, authorities ordered the evacuation of several neighborhoods. The rapid melting of the ice in the mountains makes people fear that the river will overflow.

In the region, stocks of air conditioners and fans are robbed, vaccination campaigns against Covid-19 have stalled and the last events of the American Olympic selections which were held in Oregon have been suspended.

Cascading consequences in an ill-prepared region

« The risks are multiple because the region is not at all prepared », Explains Robert Vautard, researcher at the Laboratory of Climate and Environmental Sciences (LSCE). With temperatures rising to 45 ° C in the shade, human bodies are put to the test, in a region accustomed to summer temperatures close to 24 ° C.

Peak heat in France: from when do we live in a heatwave situation?

« Such heat presents major risks from a health point of view., reports Nick Bond, climatologist at the University of Washington. The first is heatstroke caused by dehydration, which can have dramatic conditions if vulnerable people are not protected.

“The way to get through this extraordinary period is to stick together, to check (the state of health) of people we know at risk”British Columbia Premier John Horgan said Monday.

« But high temperatures also have negative effects on agriculture and increase the risk of fires and accidents, with trail rails twisting or electrical systems malfunctioning … Nick Bond adds. On Sunday, in the Portland area, the power grid blew up, leaving thousands of people in the dark. In Seattle, the heat melted the asphalt, forcing authorities to close several roads.

“A dome of heat of extremely rare intensity”

How to understand this phenomenon? The term heat dome is “ an image to describe very high temperatures associated with an anticyclone », Explains Robert Vautard. In this case, warm air gradually rose from Mexico. It was then trapped over the region by high atmospheric pressures, which compressed it, which helped to heat it even more.

If the latter seems, for the moment, well established in western North America, ” the conditions which gave rise to it may occur elsewhere in temperate latitudes. » « The temperatures are unprecedented, he continues. With global warming, this level is likely to be reached very frequently. »

According to Nick Bond, the main cause of this heat wave is caused by “ the metrological model of the heat dome ”. However, if human activities did not create the phenomenon, they undoubtedly amplified it.. “Temperatures have warmed up in the region, which made this episode of heat even more severe ».

→ MAINTENANCE. Global warming: “The world of tomorrow will be harder in many places”

Hot air rises are relatively common: heat wave in Russia in 2010, heatwave in France in 2003 … However, without man-made climate change, it would have been practically impossible to reach such temperatures.

« Heat waves are the most acute manifestation of climate change, warns Robert Vautard. If nothing is done about the climate, temperatures, which are perceived to be extreme today, will be the norm. They could even be even higher by the second half of the century. “