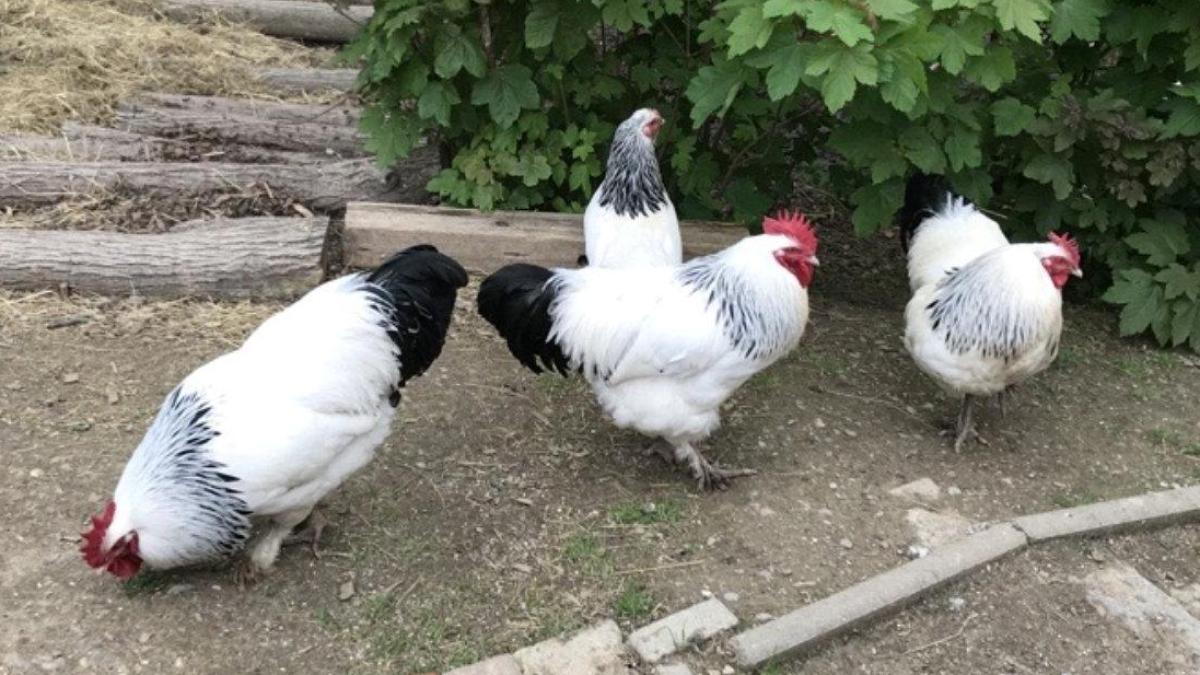 RIt is said that iron forms. Knowledge of geography, language learning, foreign customs and traditions. Most of the time there is no thought of developing the heart. On the contrary, everyone knows that tourists are annoying. That’s why nobody wants to be called a tourist. The usual tourist image is more: uneducated, uncouth and not at all nice.

Fortunately just a stereotype, so not the whole truth. The fact that all chickens have feathers doesn’t mean that they are all brown and ugly. They are available in bright and muted colors, plain and mottled. The Sundheimer Huhn with its black and white feather boa collar, for example, even looks almost glamorous, like a diva in a small town vaudeville.

We learned a lot when we were out and about in the southern Black Forest. Bike tour through the Markgräflerland, the Tuscany of southern Baden, vineyards, cornfields, flower meadows, everything is in bloom, and it goes up and down incessantly. You have to set yourself goals, in our case the magnificent perennial nursery of the Countess von Zeppelin in Laufen, which in the midst of all the iris and peony explosions houses a center for garden culture. And the “lily café”.

Spontaneous hospitality in the Markgräflerland

But nothing there. Exactly at the moment when we parked the bikes, the nursery gate closed. After work, and, no, even coffee to go is no longer in it, said a gardener when she let out the last customer, a lady with an olive tree, “we want to go home too”.

“You look like I could make you happy.” The lady had maneuvered her olive tree into the car and was walking towards us. “You are welcome to have coffee with me in the courtyard.” You live one village further, the house with the paddock and the chicken pen, “and if you want, see you soon”.

She drove off, leaving us stunned. Was that a joke? Or a serious offer? Corona, so say sociologists, has promoted a new form of participatory contact in many countries, but hardly in Germany. Spontaneous hospitality just doesn’t fit our mentality.

The Sundheimer chickens make you thoughtful

We decided to take a chance. And ended up in the idyll: village, farm, paddock, wicker chairs in front of the chicken pen. Everything is there, and ten minutes after we arrived there was coffee and chocolate on the table.

How can you be so nice, dear unknown hostess? “Oh,” she replied, “I’ve traveled so much that you learn to appreciate friendliness.” The coffee was delicious, as was the chocolate.

Even the chickens were delightful. How they could puff themselves elegantly with their white and black necks. Sundheimer chickens, we learned. And that our hostess has not yet slaughtered one because she is a vegetarian.

By the way, she has fewer eggs than expected. Four of the hens she bought years ago turned out to be roosters. Now all four roosters live peacefully in the same enclosure, they have learned to get along with each other.

That made us think at least as much as the wondrous coffee meal. Apparently special circumstances encourage special abilities. For example, the willingness to be nice to one another.