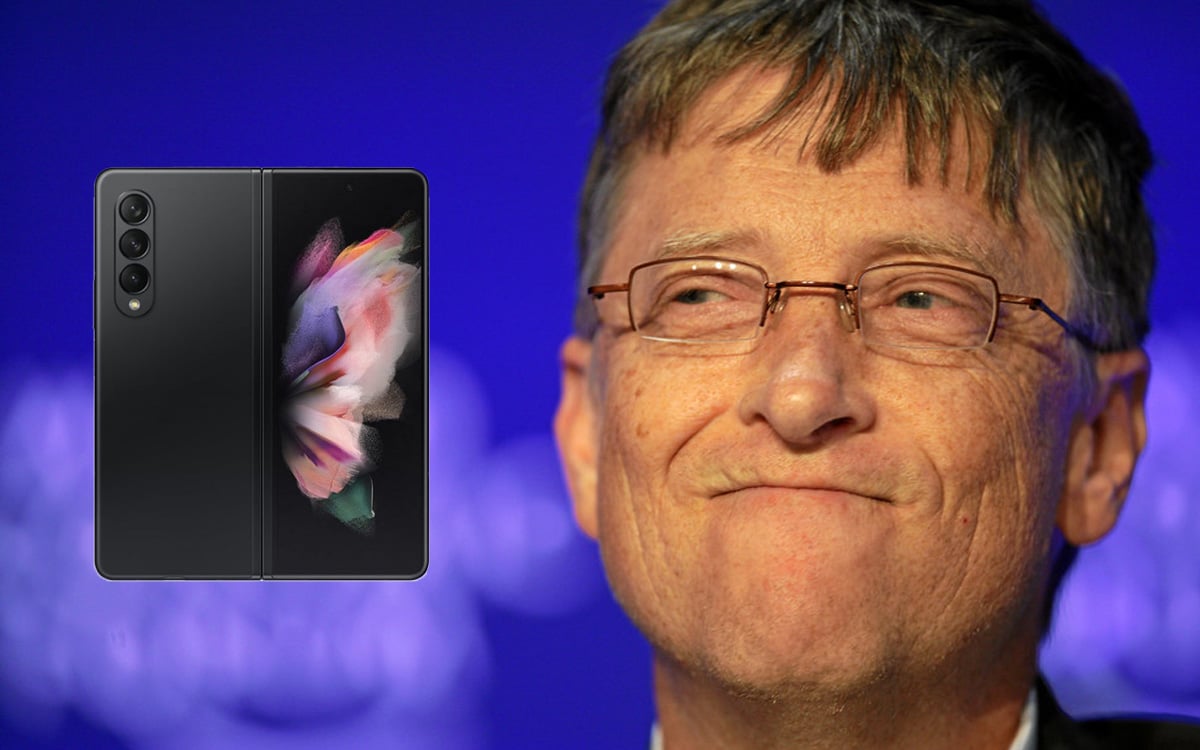 In a recent Q&A session on Reddit, Bill Gates opened up about the equipment he uses for work at the Bill & Melinda Gates Foundation. Yes, the creator of Microsoft does use a foldable smartphone, but to the chagrin of the Redmond firm, it is not a Surface Duo 2.

As the creator and founder of Microsoft, Bill Gates still enjoys a considerable aura and when the billionaire speaks out, the media like the high-tech giants listen. Recently, the former largest fortune in the world poured out at about Elon Musk’s takeover of Twitter.

against all odds, Bill Gates says we could have seen worse as the owner of one of the world’s leading social networks. The ex-CEO of the Redmond firm, however, slipped a small tackle to Jeff Bezos and the boss of Tesla by recalling that there was more urgency than throwing himself body and soul into the space race.

And Thursday, May 19, 2022, Bill Gates confided in a few secrets during an AMA session (Ask Me Anything) or “Ask Me Anything” on Reddit. Unsurprisingly, a surfer was curious to know which phone Bill Gates was currently using. The co-head of the Bill & Melinda Gates Foundation confirmed that he was using an Android foldable smartphone. Only it turns out that the multi billionaire did some infidelities to Microsoft.

Indeed, Bill Gates did not opt ​​for a Surface 2 Duothe manufacturer’s latest foldable smartphone launched in September 2021, but for a Galaxy Z Fold 3, Samsung’s latest premium foldable device. “I have an Android Galaxy Z Fold 3. I have tried several. With this screen, I can get by with a great laptop, the smartphone and nothing else.” he wrote on Reddit.

This will probably please the Seoul firm, which benefits from free publicity from Bill Gates. It must be said that the South Korean manufacturer is the undisputed leader in this market. Samsung has sold foldable smartphones 4 times more than in 2020. The Z Fold 3 alone accounts for half of foldable smartphone sales in 2021, with 9 million devices sold as estimated by analyst firm Counterpoint Research.

The dollar rises again while stocks are at half mast