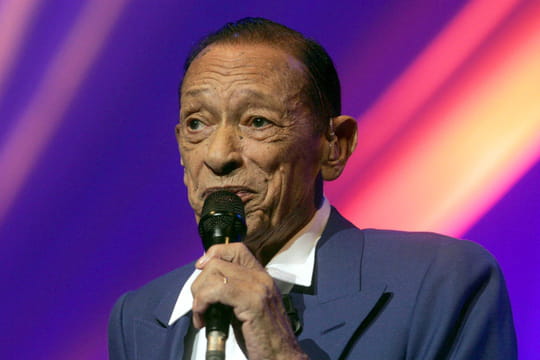 [Mis à jour le 28 novembre 2020 à 9h27] Google has chosen to pay tribute to the French singer, Saturday, November 28. The logo of the world’s leading search engine honors Henri Salvador, with a jovial illustration of the artist from Toulouse, specializing in colorful drawings representing musicians or dancers, Sébastien Gravouil. We thus see the Guadeloupe with his hat and his guitar in front of a dancing couple, a woman cradling her child and a lion under the moonlight, a reference to his version of the song “Le lion et mort ce soir” that he popularized in 1962. On November 28, 2000, just 20 years ago, the Charles Cros Academy awarded its In Honorem Prize to Henri Salvador, to recognize his entire career.

Short biography of Henri Salvador – Henri Salvador is a French singer from Guyana who has enjoyed extraordinary longevity with more than seventy years of career. This crooner with the suave voice and the equally famous laughter has remained a staple of Jazz music throughout his life.

Henri Salvador was born in Cayenne (Guyana) on July 18, 1917. For nearly 70 years, he pursued a career as a singer, composer and guitarist. We owe him the titles Syracuse, Maladie d’amore, Le loup, la biche et le chevalier (A sweet song). He has received numerous awards, including the gold medal from the French Academy and the title of Commander of the Legion of Honor. Henri Salvador died on February 13, 2008 in Paris.

Unlike many successful singers, no family destiny links Henri Salvador to the profession of singer. But quickly, his lack of attraction for the benches of the school obliges him to manage from 15 years to earn a living. It was thanks to his aunt, a singer, that he began to take an interest in learning music. He quickly mastered the guitar and the drums, and developed an affection for Jazz music. He doesn’t know it yet, but he will write some of the finest pages in France. He is notably spotted by the star of gypsy music Django Reinhardt, while the popularity and banter of the West Indian made him known throughout Paris. Having left for Switzerland during the Second World War, he returned to Paris and popularized his musical talents there. It was then that his talents as a singer allowed him to gain popularity.

Combining his humor with his voice, he quickly found success in popular song. It was during this period in particular that “A Sweet Song” (1949), the artist’s greatest success, was born. After a short stay in the USA, he joined forces until his death with Boris Vian, and records humorous songs under the pseudo Henry Cording. It is under this name that his famous “Should laugh” see the light of day. TV shows with “Les Salves d’or”, a production company: in the 1960s, Henri Salvador took on the costume of a businessman, with a flourishing activity. But the loss of his wife in 1976 put an end to the upturn. Two decades marked by low activity followed. It was in 2000 that Henri Salvador regained popular esteem with “Room with a view” and his hit “Winter Garden”. This title will be worth to him at more than 80 years a Victoire de la musique. After a last album, he died of a ruptured aneurysm at his Parisian home in February 2008.