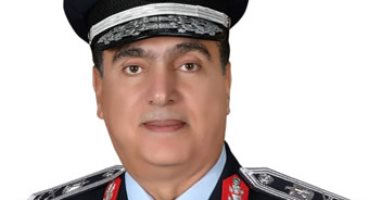 A short while ago, President Abdel-Fattah El-Sisi issued a republican decision to assume the position of Major General Staff Pilot Mahmoud Fouad Abdel-Gawad, as the new commander of the Air Force, succeeding Lieutenant-General Mohamed Abbas Helmy; who held the position of Minister of Civil Aviation.

Major General Staff Pilot Mahmoud Fouad, born in March 1966, graduated from the Air College in 1987, where he rose to all the inevitable positions within the Air Force, reaching the position of Chief of Staff of the Air Force.

The new Air Force Commander was also awarded several medals and medals, including the Silver Jubilee of the October War, the Golden Jubilee of the July Revolution, as well as the January 25 and June 30 medals.

a review of the turbulent, but successful life of the actress