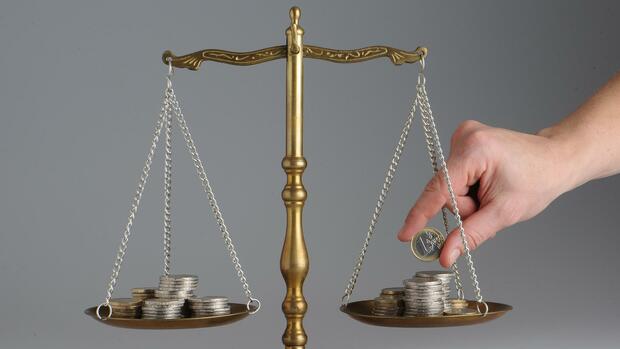 Berlin The economic gap in the country is growing – and with it the financial equalization of the states is also reaching an ever greater volume. In 2021, 17.1 billion euros were redistributed via the compensation pot. In 2014 it was still 14.7 billion euros. This emerges from a template from the Federal Ministry of Finance, which is available to the Handelsblatt.

In 2021 there were also some climbers and relegators among the federal states. After North Rhine-Westphalia became a donor country two years ago, it fell back to being a recipient country last year. This is not so good news for the black and yellow state government in the election year.

In contrast, Rhineland-Palatinate, traditionally a recipient country, rose to become a payer country in 2021 thanks to the billions in profits made by the Mainz-based vaccine manufacturer Biontech. Biontech had made more than seven billion euros in profit in the first three quarters of last year alone.

The immense tax revenue from Biontech not only made the city of Mainz debt-free in one go, but also ensured that Rhineland-Palatinate paid 287 million euros into the state pot last year. In 2020, the country had received 334 million euros.

Bremen is a per capita winner

The state financial equalization has repeatedly caused trouble in recent years. The pot is actually intended to compensate for the economic differences between the federal states and thus contribute to equal living conditions in the republic.

After years of debate, the financial equalization of the federal states was reformed in 2017 for the year 2020. As before, whether a country pays money into the pot or gets it out depends, among other things, on its financial strength. The high support for Bremen and Berlin therefore makes it clear how weak the city states are in terms of taxation.

But there is much more behind the financial equalization: an almost impenetrable network of economic indicators and parameters. Again and again there were demands to simplify the compensation.

However, the reform did not succeed in doing so. “The reform has made the financial equalization between the states neither easier nor fairer,” writes Wolfgang Scherf from the Justus Liebig University in Gießen in one of the first analyses.

The new compensation has roughly the same distributional effects as the old one. Worse still: “The defects in the financial equalization of the federal states are not only maintained, but are in some cases even amplified,” writes Scherf.

It is hardly worthwhile for financially weak countries to become economically stronger or to set up their tax administration more effectively. Because they could also obtain the additional funds generated in this way without reforms and thus with less effort from the financial equalization of the federal states.

More: Federalism is reaching its limits

Why are we unequal in the face of the cold?

Containing the price of gasoline, a combustible subject for the government