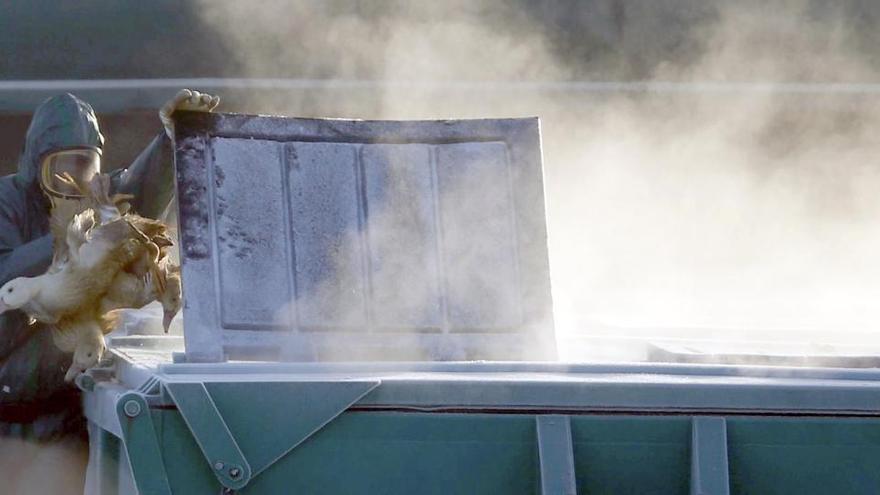 Works against avian flu, in a file image.
Reuters

The British Public Health Agency (PHE) reported this Sunday the discovery of a strain of the bird flu virus in a commercial turkey farm in the county of North Yorkshire, in the north of England.

In a statement released today, the PHE specified that the risk to public health derived from this virus is “very low” and points out that “It poses no food risk to UK consumers.”

The H5N8 viral strain was found in a farm near the town of Northallerton this Saturday, after which it was determined to sacrifice 10,500 birds in order to stop the spread of the disease.

The authorities have established a temporary control zone of 3 and 10 kilometers to delimit the affected area and restrict the risk of virus transmission.

In the note, that agency also noted that products containing properly cooked poultry, including eggs, are “safe for consumption”.

The head of Veterinary, Christine Middlemiss, confirmed in the aforementioned statement the discovery of the outbreak of avian flu “in the commercial farm to fatten turkeys” in Northallerton and assured that “immediate action has been taken to limit the risk of the disease spreading “and that” every turkey on the farm will be culled. ”