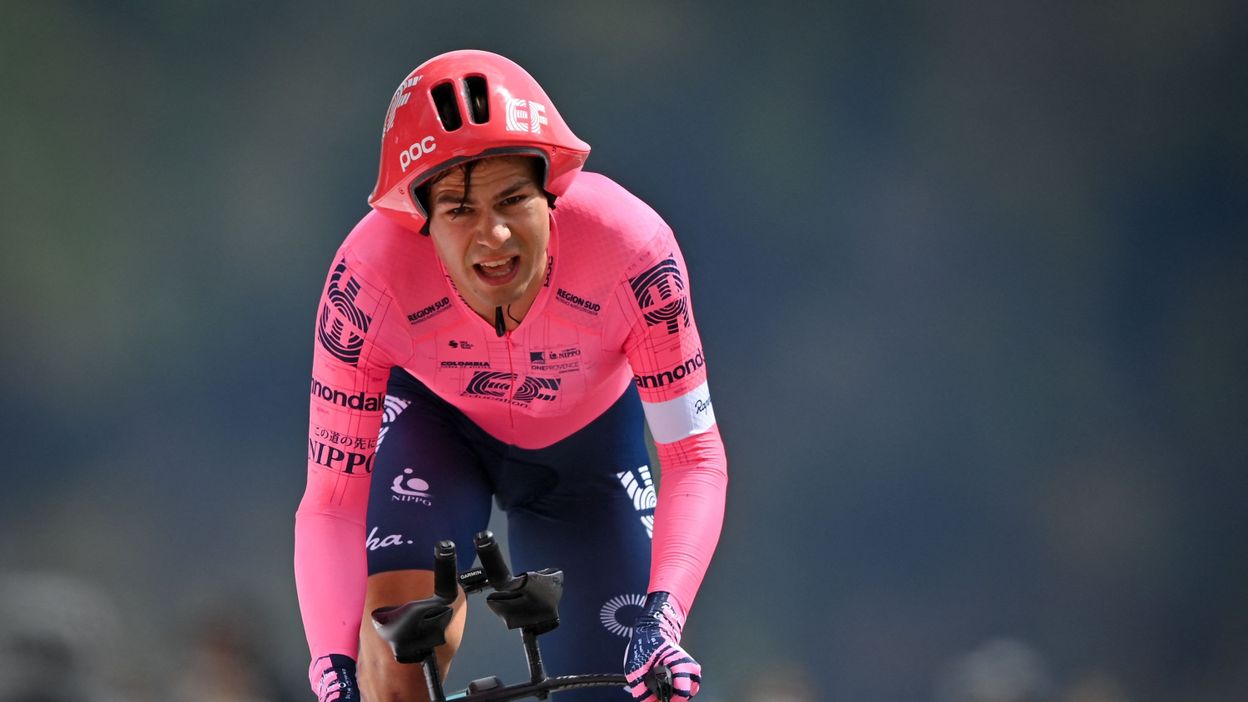 Bissegger settled two of his three breakaway companions in a sprint. At 22, he won his third career victory after a success in the Paris-Nice time trial this season and another at the Tour de l’Ain in 2019.

Four men composed the breakaway of the day with Benjamin Thomas (Groupama-FDJ), the Swiss Stefan Bissegger (EF Education Nippo) therefore, and Joel suter (Bingoal Pauwels Sauces Wallonie Bruxelles), as well as the American Joey Rosskopf (Rally Cycling). Their lead will have exceeded six minutes at first until the pursuit is abandoned about thirty kilometers from the finish. The gap then increased further to around 7:30 minutes.

Suter had to let go in the major difficulty of the day, the Saanenmöser Pass, 20 miles from the goal, and in the rain, and whose summit was located 10 kilometers from the finish. He finished 4th at 23 seconds.

The Dutchman Mathieu van der Poel (Alpecin-Fenix), who arrived with the peloton more than five minutes away, keeps the lead in the general classification with one second ahead of the Frenchman Julian Alaphilippe (Deceuninck-Quick Step). Edward Theuns (Trek-Segafredo) settled the honorary sprint for 5th place of the day at 5:16.

The peloton will connect Gstaad to Leukerbad over 175.2 km on Thursday. The Tour de Suisse ends on Sunday.