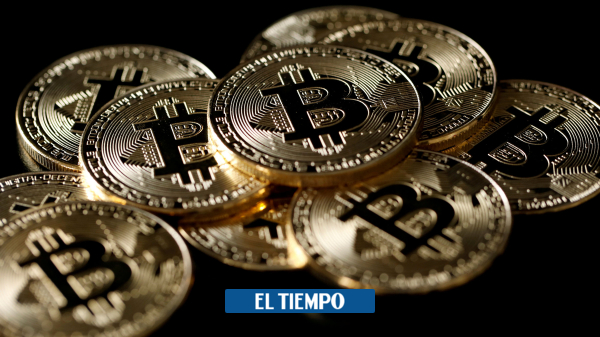 The bitcoin It is fast approaching the all-time highs that sparked an investor mania nearly three years ago and ended in a violent slide.

The controversial digital asset, which was originally touted as an alternative to national currencies like the dollar, It rose $ 1,160, or 7%, to $ 17,864 on Tuesday. This year, its value has more than doubled what it has done remember the 1.375% rebound in 2017 which preceded a 70% decline the following year.

Still, advocates and even skeptics say it may continue to climb higher. “This bitcoin thing is crazy“said Matt Maley, chief market strategist at Miller Tabak + Co.” This is the third parabolic move. Only God knows where it will go. ”

Its earnings this year follow wider acceptance among mainstream Wall Street firms, including Fidelity Investments, which launched a bitcoin fund over the summer.

Some prominent money managers also went cryptocurrency: Macro investor Paul Tudor Jones has bought the coin as a hedge against potential inflation. And PayPal Holding Inc. said in October that would allow customers to access cryptocurrencies, which impulse the bets that more people could start using digital tokens.

(Further: Bitcoin or cryptocurrency, investment that escapes the effect of the coronavirus)

Not all established investors are convinced. Bridgewater Associates LP founder Ray Dalio said Tuesday they “might be missing” something. But crypto fans have been seeing bitcoin continue to rally throughout the year, with many setting their eyes on the December 2017 record of nearly $ 20,000, while others are targeting even higher levels.

“Bitcoin has consistently been one of the best performing assets in the world since its inception,” said Mati Greenspan, founder of Quantum Economics. “This latest increase occurs when the largest players enter the market exhausting what little supply is left for sale.”

While some die-hard crypto fans have stuck with him through his ups and downs, others have become enchanted with bitcoin amid the pandemic.

This week, bitcoin got a big boost when Maisie Williams, the actress who played Arya Stark on HBO’s ‘Game of Thrones’, asked her 2.7 million Twitter followers if she should invest in the coin.

(Further: The bitcoin network consumes more electricity per year than all of Switzerland)

should i go long on bitcoin ?

Proponents argue that cryptocurrency can act as a haven in times of turmoil and can be a hedge against rampant money printing from central banks.

(Read also: Facebook relaunched its virtual wallet and changed even its name)

Others have been drawn in by his spectacular breakthrough this year: the digital currency has risen about 150% in 2020, although it is still 10% off its all-time high.

But institutional adoption has been slow to come amid high crypto volatility and some high-profile cases of hacking and theft. The Justice Department said this month that it is suing for the seizure of more than $ 1 billion in bitcoins claiming they are linked to the Silk Road criminal market which closed seven years ago.

(We recommend you read: Keys to buying online faster and easier)

And in early summer, the Twitter accounts of some of America’s most prominent political and business leaders were hacked in an apparent attempt to promote a bitcoin scam.

Bitcoin has seen an average daily rise of 2.6% this year, according to data compiled by Bloomberg. That compares with 0.9% swings in the price of gold, which is sometimes contrasted with digital assets.

Hugo Rogers, chief investment officer at Deltec Bank & Trust, bought bitcoins when the currency It was trading at around $ 9,300 in June and used any price weakness since then to add it to its portfolio.

(Further: Twitter launches option of messages that disappear after 24 hours)

Bitcoin now accounts for about 5% of your Global Absolute Return Fund, which is important for high-growth biotech and technology companies. It probably won’t stop at the 5% threshold, he said.

“A small position in bitcoin can be very useful,” Rogers said by phone earlier this month. “An alternative in real assets that can show a comparable performance is missing. If you’re going to diversify your portfolio anyway, this is a good place to go. “

– WhatsApp prepares improvements for the function of archiving messages