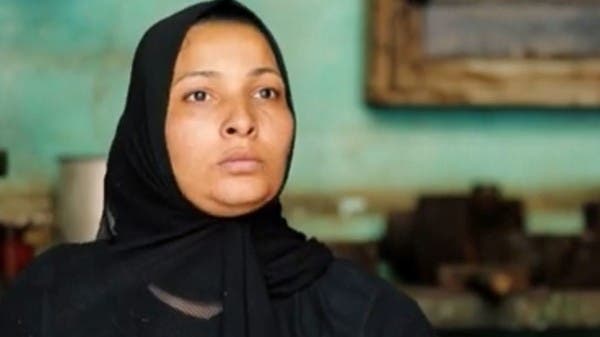 In a novel that is no longer strange, as it has been repeated a lot during the past period in Egyptian society, the profession of a woman from the city of Mansoura in the Dakahlia Governorate drew the attention of everyone, and her matter reached President Abdel Fattah Al-Sisi.

I knew the story of Mrs. “Bossi Saad”, who works in one of the most difficult professions, which usually belongs to men. She worked as a blacksmith from an early age, and became the first woman to work in blacksmithing in the city.

Inherited from her father

In an interview with Al-Arabiya.net, Saad pointed out that she inherited the profession from her father, as she was helping him in the workshop at the age of only 7 years, and after his death she took over the work after him to spend on her 14 siblings alone.

While she was a guest on a program on Egyptian television, on Wednesday evening, Bossi explained that all she desires is a small apartment that she gathers with her four children and a private workshop to work in, as she is the only breadwinner for her children, only to be surprised by a quick response from President Sisi, who contacted her with a telephone intervention. on the program itself.

Sisi: “I am under your command.”

The president did not hide his great admiration for the story of Bossi’s struggle, and said: “A great and wretched woman for her family and an example of which we are proud in Egypt.”

Then he added: “May God help you in the task you are doing, you are performing a great task, and I am honored to speak to you while I am under your command.”

President Sisi also considered that the woman’s work and misery is a great thing, and promised her to provide work for her brothers, and also ordered to give her an apartment and a blacksmith’s workshop to work in.

In turn, the woman confirmed to Al Arabiya.net that she never imagined what happened to her, and that she was surprised by the president’s call and the speed of response.

She also explained that her life is really difficult and her responsibilities are great, but her dreams are small.

In addition, the pioneers of social networking sites interacted with the lady’s story, stressing that she is a unique model and deserves support, encouragement and support.