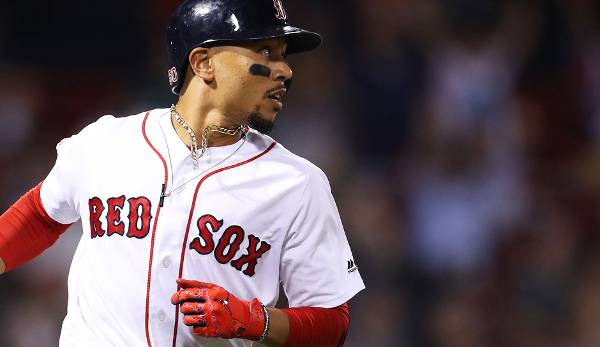 It had announced itself for a long time, now execution was reported. The Red Sox have separated from the American League MVP and the face of their franchise, Mookie Betts. The Red Sox also send left-handed David Price to Los Angeles.

In return, the Red Sox will receive outfielder Alex Verdugo and right-handed pitcher Brusdar Graterol from the Minnesota Twins. They get them in the big exchange shop Pitcher Kenta Maeda from Los Angeles.

The deal was apparently inevitable for the Red Sox after Betts, who is in the final year of team control, increasingly announced that he did not want to sign an early contract extension. Instead, it was his stated goal to enter the free agent market next winter in order to be able to negotiate with all interested teams.

Price, in turn, is considered an encore of the Red Sox to continue taking money from the payroll. In addition to Betts, who will earn $ 27 million next season, Price will have $ 32 million in each of the next three seasons. According to media reports, the Red Sox also send just under half of Price’s outstanding salary – around $ 45 million – to Los Angeles as part of the deal.

Outfield talent for the Red Sox

With Verdugo, the Red Sox in turn get a highly talented outfielder who has never played more than 106 games (2019) in one season due to injury. He only dropped his rookie status last year and is still under team control until the end of the 2024 season.

See Also:  For many Indians, the main concern is the corona virus. It is hungry

Graterol in turn gives the Red Sox a pitcher with a hard fastball in the 100 mph range. However, his secondary pitches leave something to be desired, which is why he will probably be at home in the bullpen.

In Maeda, the Twins will primarily receive a reliable middle-of-the-rotation pitcher, which is still under contract until the end of 2023 and can be used both as a starter and as a reliever. It is also extremely cheap and earns “only” $ 3 million annually until the end of the contract.

In addition, the Dodgers completed a deal with the Los Angeles Angels that outfielder Joc Pederson sends to Anaheim. The exact scope of this deal is still unclear, but reports say infielder Luis Rengifo will switch to the Dodgers while Angels will still get outfielder Andy Pages and possibly a Big League starter.

Following Betts and Price’s commitments, this was a way to save a little salary. Pederson and the Dodgers faced an Arbitraton trial as both sides failed to agree on an annual salary for 2020. Pederson claimed $ 9.5 million, the Dodgers offered $ 7.75 million.