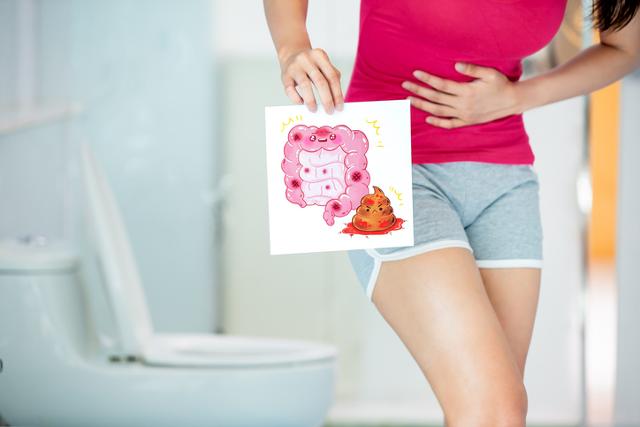 If bloody stools appear while passing stools, many people worry about colon cancer, but bloody stools can also occur with hemorrhoids, so it is most important to see a colorectal specialist.

Hemorrhoids mainly show bright red bleeding, whereas colorectal cancer shows various colors depending on the location and amount of bleeding. Bleeding from the upper part of the large intestine is black or dark red blood mixed with the stool. Bleeding from a tumor close to the rectum, at the tip of the large intestine, results in a darker red blood. However, it is not difficult to determine whether it is colorectal cancer only by the color of the stool, so it is important to visit a hospital and receive treatment.

Jeong Seong-min, a professor of surgery at Inje University Ilsan Paik Hospital, said, “It is difficult to clearly distinguish whether it is colorectal cancer or hemorrhoids only by the color of the stool.

Colorectal cancer is caused by various factors such as genetics and environment. Among them, ‘colon polyp’, which is a protrusion on the surface of the inner mucous membrane of the large intestine, is a major risk factor for colorectal cancer. For this reason, colon polyps are called ‘colon cancer seeds’.

In general, colonoscopy every 5 years is recommended. If you have a family history of colorectal cancer or a history of colon polyps, you should be screened every 2-3 years. Polyps are found in 30 to 40% of examinees in colonoscopy for 50 years of age or older.

The larger the size of the adenoma, the higher the risk of developing cancer. Adenomas less than 1 cm in diameter have a less than 2.5% chance of cancer. Less than 10% of adenomas of 1 to 2 cm are reported, and 20 to 40% of adenomas larger than 2 cm are reported. If the size of the adenoma exceeds 2 cm, the probability of becoming cancerous is very high, so it must be excised.

Large adenomatous polyps may also become cancerous, so they should be removed. Studies have shown that removing polyps found during colonoscopy can reduce colorectal cancer by 70-90% and mortality by 50%.

“If 3 or more adenomas have been removed, if the size of the adenoma is 1 cm or more, or if the high-risk adenoma has been removed, an additional colonoscopy should be performed after 3 years,” said Cha.

In addition, if the condition of the colon is poor or if it has not been properly excised, it can be tested again after 1 year. Therefore, it is necessary to consult with a gastroenterologist about how often to undergo colonoscopy.

If you are taking drugs that can cause bleeding, such as antiplatelet drugs, you should discuss with your gastroenterologist whether to stop the drug before the polyp removal procedure. In addition, if fever, severe abdominal pain, or bloody stools occur after polyp resection, you should immediately visit a hospital and receive appropriate treatment.

Regular exercise is important to prevent colon cancer. A meta-analysis of studies found that people who were physically active had a 27% lower risk of colorectal cancer than those who were not.

A recent study found that adequate intake of vitamin D could help prevent colorectal cancer that occurs before the age of 50. This is the result of a study conducted by Professor Kimi Eng’s team at the Dana-Farber Cancer Institute in the United States on 94,205 nurses aged 25 to 42 years (the latest issue of the American Gastroenterology Journal ‘Gastroenterology’). Those who consumed 300 IU or more of vitamin D daily had a 50% lower risk of colorectal cancer before age 50.

To prevent colorectal polyps and colorectal cancer, △Reduce the proportion of fat in calorie intake to less than 30%, △Ingest 20-30g of dietary fiber a day, △Avoid red meat and processed meat, △Drink plenty of fermented dairy products, and △1.5L a day. Drink more water, avoid fast food, instant food, seasonings, and smoked foods as much as possible, exercise regularly, maintain an appropriate weight, avoid drinking and smoking, and have a colonoscopy every 5 years after age 50.