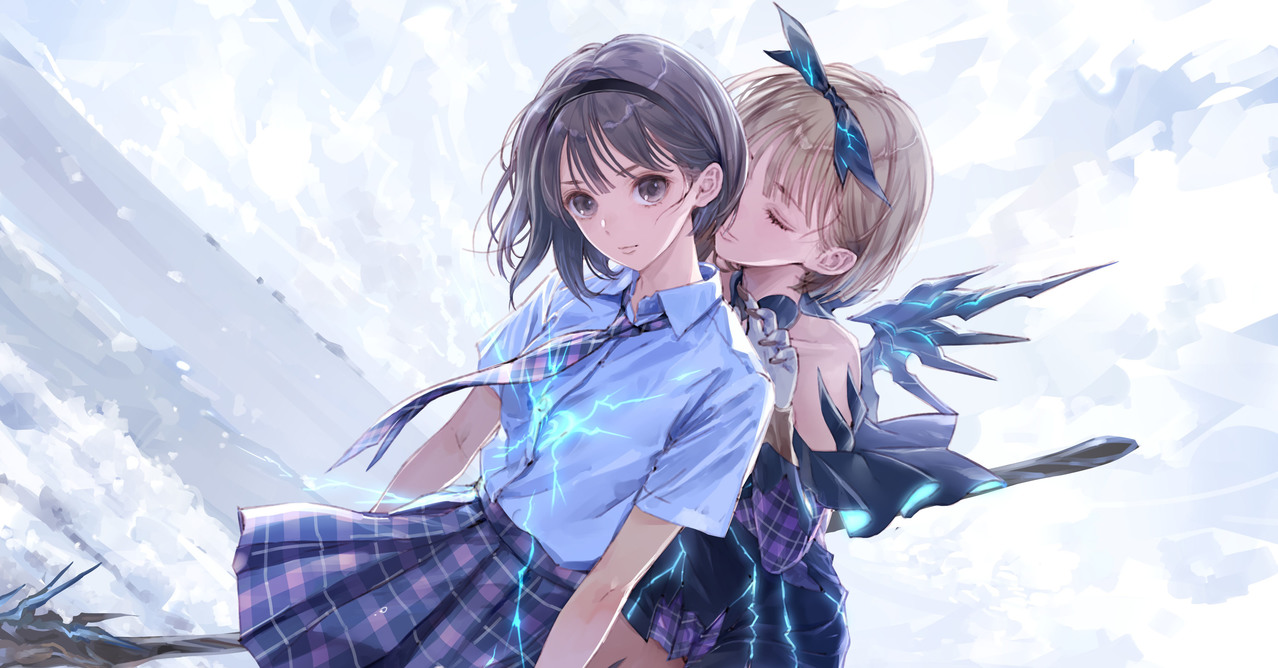 Produced by KOEITECMO Games, with Meier Kishida as the visual and character design, Taiwan Koei Tecmo is scheduled to launch on October 21, 2021.BLUE REFLECTION“A new role-playing game in one of the cross-media complex projects”BLUE REFLECTION: 帝(BLUE REFLECTION TIE)”, recently released information on worldview introduction, new character information, and systems related to the worldview.

In that last summer, we embarked on a journey of searching for something truly precious.

One day, a brand new place suddenly appeared in a world with nothing beyond the school and the surface of the water, “Mind Like Space”. In this incredible space, deja vu in the original world exists irregularly.

Will there be clues about this world here? In the process of exploring the “Mind-like Space”, I found the incredible light “fragments of memory”. When Ai Yang and the others touched it, the memory of resilience slowly began to recover.

It turned out that the “fragments of memory” in this space seemed to be related to the memory of the heart. While recalling the precious things, and echoing them, a new girl, the girl whose heart called her “Shifan”, appeared in this world.

What is “Mind Image Space”? What is going on in this world? The girls are still trapped in layers of unsolved mysteries.

The girl who appeared in front of Ai Yang and others because of a certain opportunity. He is a gentle and serious gifted student. Enthusiastic to help others, good at doing housework. Although she also lost her memory, her heart seemed to know Shifan.

An incredible space unfolding outside the school. Just like the inner community habitat, Ai Yang and others named it after this.

As long as you explore the mental image space, you can obtain the necessities of the girls’ lives such as food and crafting materials.

In addition, “fragments of memory” are scattered in the mental image space. Once recovered, you can see some of the missing memories of the girls, which is also the key to solving the mystery of the world.

On the day when the mental image space appeared, a character suddenly appeared on the phone. Although he will give Aiyang and others the necessary information for life, he will also listen to everyone’s conversation without authorization and warn him not to approach the mental image space. It is strange to have a sense of autonomy.

Livnavigation will help Aiyang and others when they encounter difficulties in life in this world, and will also tell them about the mental space, but the purpose and true face are surrounded by mysteries.

Digital Deluxe Edition: Details will be announced in the future.

Reservation bonus: details will be announced in the future.