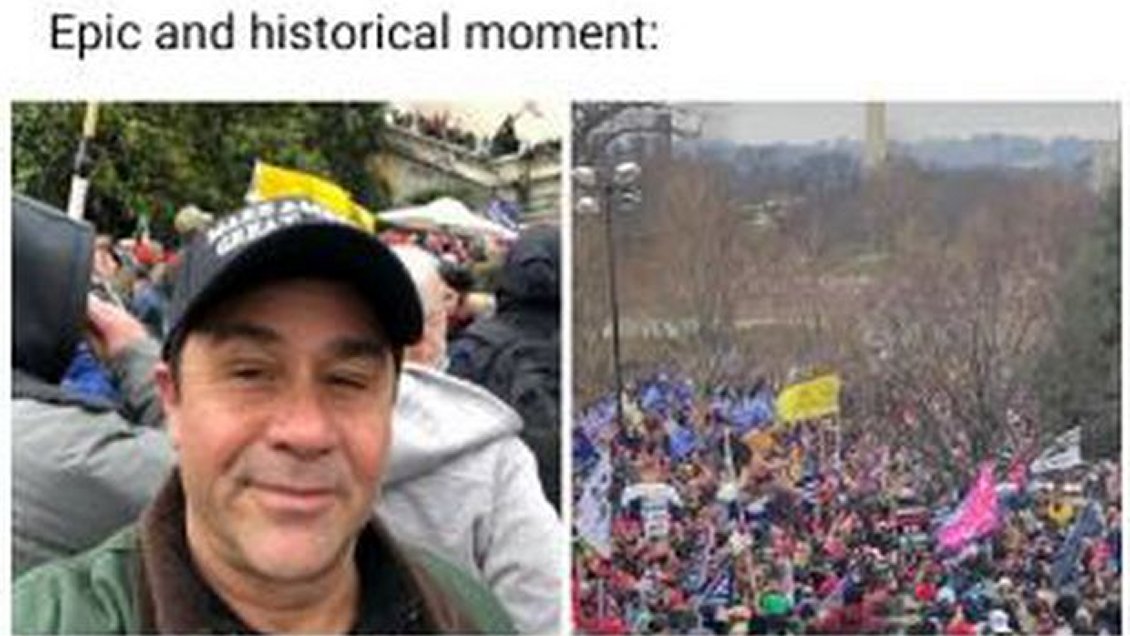 Michael Stepakoff, un rabino de Florida (EE.UU.), was arrested this Friday for his participation in the assault on the Capitol in Washington that were perpetrated by followers of former President Donald Trump on January 6.

Stepakoff, who is a rabbi of a synagogue in the town of Palm Harbor, in west Florida, He had his first appearance in a federal court in Tampa this Friday (west coast of Florida) and he was released after a $ 25,000 bond was set on him.

In the audience, Justice Anthony Porcelli ordered him to stay in Florida and told him that he can only travel to Washington to appear in court, in addition to having to hand over your passport and weapons, if you have them.

The rabbi, leader of la Temple New Jerusalem, a Messianic synagogue that is derived from Christianity, joins at least 17 Floridians who have been arrested by federal authorities as a result of their participation in the assault on the Capitol the day Congress certified the Electoral College votes that gave Democrat Joe Biden the victory.

Court documents include photographs of the records made by the security cameras inside the Congress and in which, according to the FBI, within the group that entered Congress appears Stepakoff with a dark-colored cap, as they have also identified in the images close to the accused.

According to the prosecution, on the day of the events the rabbi himself, a lawyer by profession, He published photographs of himself on his Facebook account in which he appears with the group of supporters of former President Trump in front of the Capitol facade and wearing the same cap and clothing.

Also, in the same social network his wife asked for prayers for him and He claimed it was inside the Capitol.

“He texted me privately and said he was fine, but that is very dangerous where it is. I was inside the Capitol“the woman pointed out.

Stepakoff’s lawyer, Rick Terrana, stated at the hearing that the accused, a “fervent republican“, was in Washington on January 6 for a trip related with his work as a rabbi y dHe decided to join the demonstration and the rally that Trump offered that day.

Stepakoff was among the peaceful protesters and “there’s nothing i’ve done that’s bad or criminal“added the lawyer.

Other South Florida arrests linked to the assault include Enrique Tarrio, the leader of the Proud Boys, Joe Biggs and Gabriel Garcia, recruiter and members of that far-right group, respectively, and Felipe Marquez.

This week, the NBC News channel reviewed court transcripts revealing that Tarrio was a “prolific” informant for the federal security forces and locally after being arrested in 2012, an assertion that the Hispanic denies.