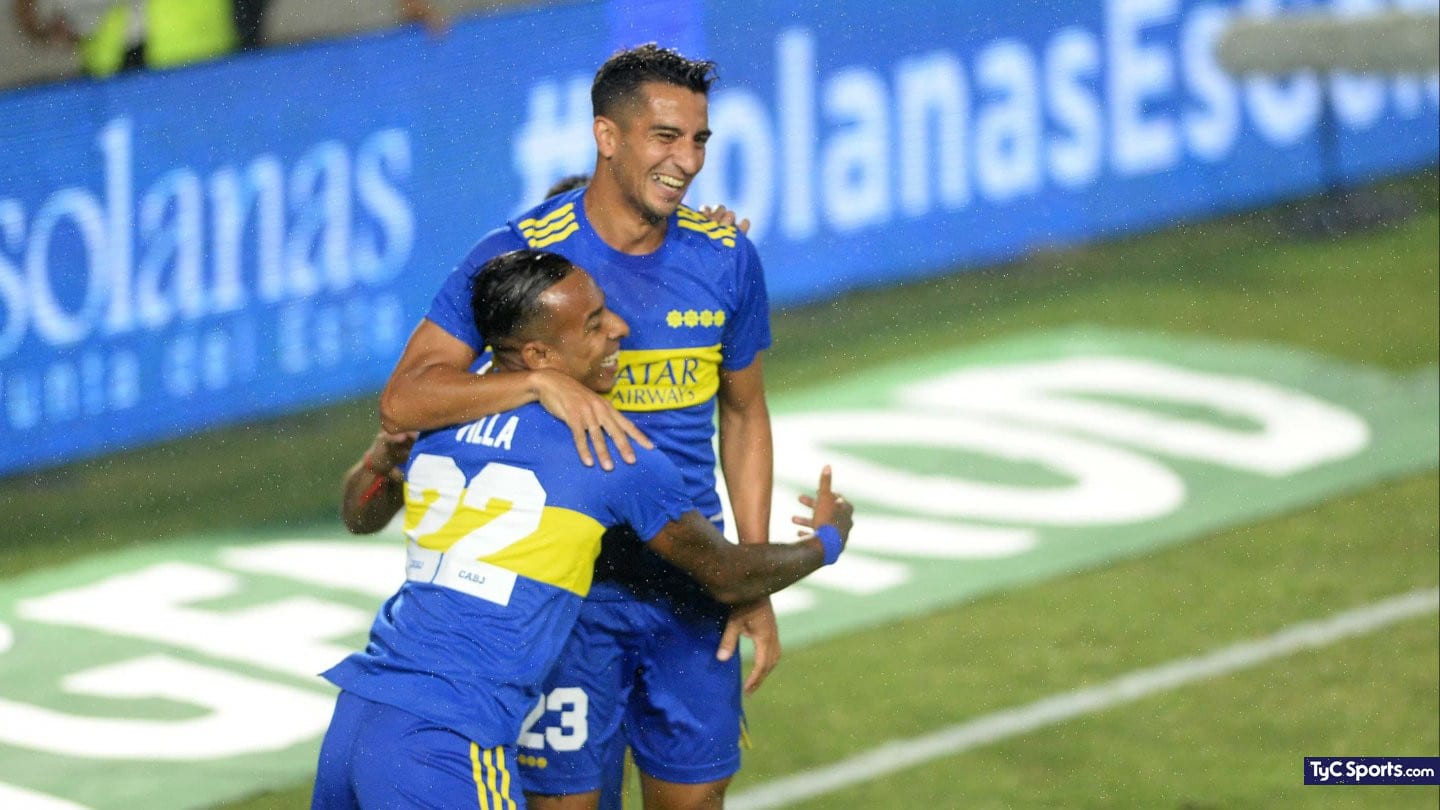 Xeneize beat the Chilean team 2-0 with goals from Pulpo González and Zeballos at the Estadio UNO de Estudiantes in La Plata.

Boca he beat this Monday 2-0 Colo Colo from Chile for Group A summer tournament which takes place at the UNO Jorge Luis Hirschi Stadium. The Xeneize showed some interesting passages because it was their first international friendly match before the boiling of their public.

Sebastián Battaglia’s team had a good start thanks to a Sebastian Villa on who already warned with a free kick at the minute very well covered by Brayan Cortés and, after nine minutes, he saw only from the right Diego Gonzalez to enable it and allow him to open the scoring with a low, cross shot from outside the box.

However, with the passing of the minutes they were the Chileans who matched the procedure and, beyond not threatening in the last meters, they left the advantage in suspense. Likewise, before the break Eduardo Salvio was bitten by a shot when he was licking his lips for the second.

In the complement, Gastón Ávila put in a great deep pass from the baseline for Nicolás Orsini, who went hand in hand with the goalkeeper very close. later there was a goal annulled to the visit with a Juan Martín Lucero, the former Vélez, barely advanced. Until at 34, when DT xeneize had already gotten his hands on the team by removing Salvio, Villa and Pulpo González (these last two touched) by Exequiel Zeballos, Aaron Molinas and Cristian Medina, el Changuito was dispatched at 34 with a free kick from the left to the near post when everyone was waiting for a cross and closed the game.

Boca thus sealed with a jewel a round night for a path that is just beginning.

Zeballos deceives in a free kick from the left that asked for a cross with a shot to the angle of the near post.

Fine success of the line judge by Lucero offside.

The striker receives a good deep pass from Ávila but defines close to face to face with the goalkeeper.

Start the second half!

Boca and Colo Colo continue their action in La Plata.

El Toto receives from the right and they bite the shot that could be the second.

Villa enables Pulpo González to the right, who, with room to settle, defines low and crossed from outside the area.

The kid from Boca throws a strong iron in the middle of the field but the judge does not notice it.

The Colombian executes a free kick to the left corner that Cortés clears for a corner.

Boca and Colo Colo, to the field!

The Xeneize and the Cacique come out onto the lawn of the Estudiantes de La Plata stadium.

The welcome of the official account of Boca to Battaglia

The xeneizes networks focused on the ratified coach in his position for all of 2022.

The Xeneize bus is already at the UNO Jorge Luis Hirschi Stadium, where from 9:00 p.m. it will collide with the Cacique.

mouth vs. Colo Colo, for the Summer Tournament: formations, time and live TV

The UNO Stadium, ready to receive Boca and Colo Colo

This is how the Student court is, waiting for the clash between Xeneize and Cacique for the Summer Tournament.

Against which teams will Boca play in the Summer Tournament

The record of Boca vs. colo colo

The data of Boca vs. Colo Colo, for the Summer Tournament

After several days of a preseason “old fashioned”, full of strength and intensity work to improve the physical condition of the players, the Xeneize He will assume his first commitment of the year and Sebastián Battaglia has in mind to plan a team with several surprises.

The most resounding appearance will be that of Gaston Avila, the young defender who returned after his loan at Rosario Central and will occupy the sector he left vacant red frames, absent due to muscular discomfort. Another noticeable drop will be that of Augustine Almond, who argued with the DT, did not participate in the last soccer rehearsal and nor does he make up the list of summoned for the clash with the Chileans.

The Solano native will be replaced by Diego Gonzalez. The Octopus will be accompanied in midfield by Juan Ramírez and Alan Varela, who will once again have an opportunity from the start. Also up front will be Nicholas Orsini as an area reference and, on the sides, Edward Salvio Y Sebastian Villa.

On the side of Cacique, coach Gustavo Quinteros plans to repeat the same surnames that defeated Universidad de Chile 2-1 last Friday, in his debut in the Hexagonal Tournament held in La Plata.

The formation of Boca vs. Colo Colo, for the Summer Tournament

The formation of Colo Colo vs. Boca, for the Summer Tournament

Nabilla is skiing and it ends in a bowl