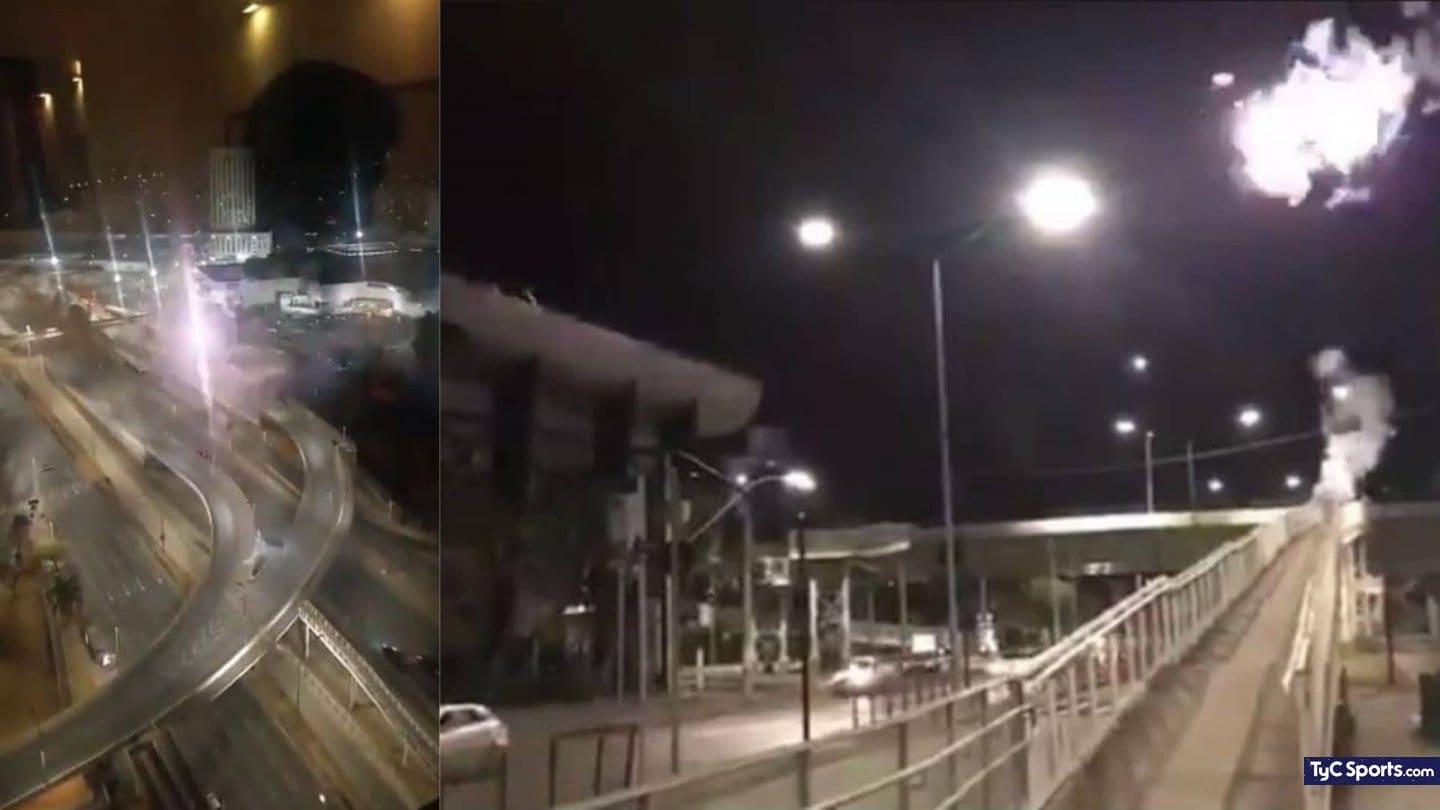 “We are going to receive them in the same way,” the president of Mineiro had assured and the previous one for Boca began with long delays at the airport and fireworks at the hotel. From 7.15pm, there is a rematch in Brazil.

Less than 24 hours before the duel for the return of the eighth of the Copa Libertadores de America, the campus of Boca suffers the harassment of the Brazilian fans, who made sure that Xeneize does not spend the best of nights in the Ouro Minas hotel in Belo Horizonte Through the use of Fireworks.

The riverside club arrived in Brazil and spent about two hours standing at the airport, but finally was able to enter the country and is already at the hotel waiting for the revenge against Galo. However, the nightmare does not end and the fans prepared a surprise that was not at all pleasant. “They are not going to sleep“said a Brazilian in the video that shows everything that awaits the night of the cast of Russo.

In the media, the phrase “the revenge began to be played at the airport” was read, to which it will be necessary to add after these events “and is still at the Boca hotel.” The Xeneize tomorrow will continue with the concentration and will do a training in the pre-match, which will start at 19:15 at the Mineirao stadium in Belo Horizonte.

Boca, held for almost two hours upon arrival in Brazil

Boca landed in Brazil and was delayed in migrations, with the players sitting on the stairs, waiting for approval to officially enter the country and head to the hotel.

“We started like they said they were going to wait for us“, they assured from the Xeneize delegation, minutes after obtaining authorization to go to the hotel. It is that the Argentine team believes that the procedures were deliberately slow, to hinder their stay in Brazil from the first moment.

A few days ago, Serbio Batista Coelho, president of Atlético Mineiro, had complained about what he considered mistreatment both in the arrival of his team in Ezeiza and in his visit to La Bombonera. Thus, he anticipated: “We are going to receive them in the same way.”

In Sunday’s soccer practice, Russo stopped the same eleven that started in the first leg, so Boca would repeat the team in Brazil after having rotated the eleven for the debut against Union for the Professional League. In this way, the training would have Agustín Rossi; Marcelo Weigandt, Carlos Izquierdoz, Marcos Rojo, Agustín Sández; Cristian Medina, Esteban Rolón, Diego González; Cristian Pavón, Norberto Briasco and Sebastián Villa.