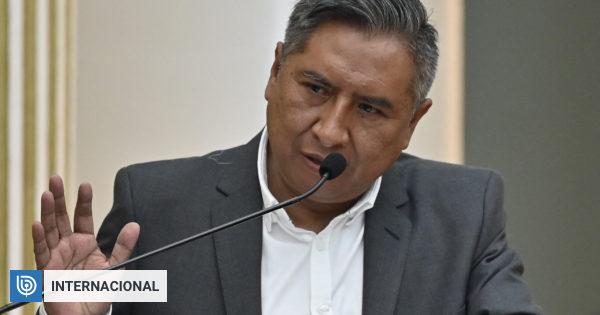 Bolivia and Chile They announced this Friday that they will draw up a roadmap to rebuild the complex bilateral relationship without including the maritime issue, although the Government of Bolivian President Luis Arce clarified that this demand is “inalienable.”

“In order to initiate a dialogue aimed at building mutual trust,” the Governments of Bolivia and Chile “have been exploring various initiatives of mutual interest,” Bolivian Foreign Minister Rogelio Mayta reported at a conference in La Paz.

The Minister of Foreign Affairs clarified that this new dialogue it opens without Bolivia leaving aside its “historical and inalienable position due to the maritime claim.”

The dialogue was also confirmed in parallel by the Chilean Foreign Minister, Andrés Allamand.

The bilateral relationship with the neighboring country has been suspended at the level of ambassadors since 1962, with a brief hiatus between 1975 and 1978, due to the historical controversy over the Bolivian maritime claim.

After the War of the Pacific in 1879, Bolivia lost about 400 kilometers of coastline and about 120,000 square kilometers of territory.

During the first government of Michelle Bachelet, relations improved a little, but in 2013 the then Bolivian president, Evo Morales, sued Chile before the International Court of Justice (ICJ) in The Hague, which determined in 2018 that Chile had no obligation. legal to negotiate with Bolivia.

Despite the ruling, the Bolivian authorities considered that the ICJ also indicated in its ruling that although Chile does not have this obligation, this does not constitute an impediment for both countries to dialogue.

President Luis Arce reiterated on March 23, Day of the Sea in Bolivia, that the centennial maritime claim is a matter “Open and pending” and that it will resume the policies established during the Government of Evo Morales in search of a rapprochement with Chile to solve the problem.

In his announcement on Friday, Mayta stressed that both countries agree “that constructive dialogue is the ideal instrument for understanding and integration.”

“Bilateral cooperation effectively helps peaceful coexistence, that intercultural dialogue contributes to the necessary knowledge of peoples and that trade and investment are a tool to achieve economic and social progress in our countries,” he concluded.