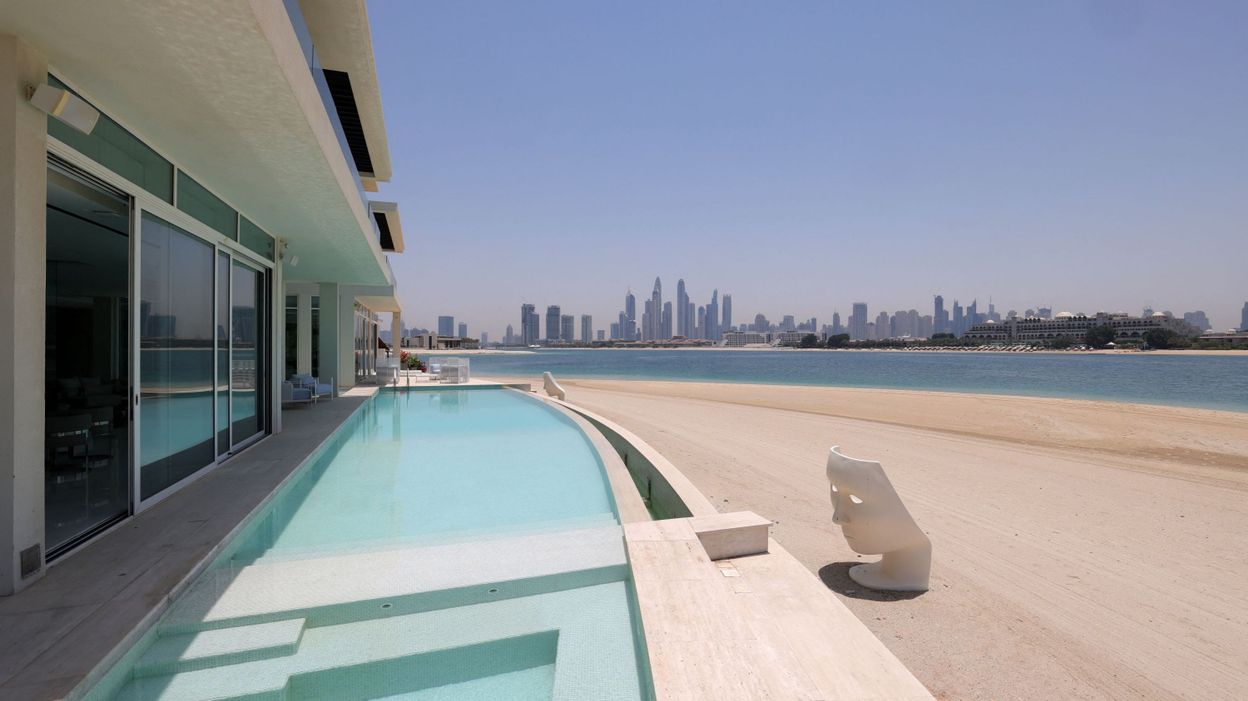 After six years of decline, Dubai’s real estate market is picking up steam thanks to a rush of wealthy foreigners to this Gulf emirate which has become an escape from confinements and other health restrictions, thus revitalizing a recovering economy.

Luxury villas, if possible with a golf course, are the top shopping and many Europeans are setting their sights on Palm Jumeirah, an artificial island in the shape of a palm tree.

Despite the regular appearance of oversized houses and gigantic towers in the “skyline“in Dubai, one of the largest real estate markets in the region, many properties have not found buyers until now, the gloom reigning in the sector since 2014.

The closure of borders due to the Covid-19 pandemic brought sales to a halt, “but right after containment, we saw the volume of transactions increase. It hasn’t stopped since“, says Zhann Zochinke, executive director of Dubai-based analysis firm Property Monitor.

Unlike others in the Gulf, the economy of Dubai, one of the seven members of the federation of the United Arab Emirates, is not based on black gold but on tourism, trade, finance and real estate, which represented just over 7% of its Gross Domestic Product (GDP) in 2019.

►►► Read also : Dubai: how the country intends to become the El Dorado for influencers

In the first six months of 2020, the emirate’s economy fell by around 10%, according to official figures. The real estate sector (around 8% of GDP) recorded a drop of 3.7%.

The authorities have bet on a reopening to visitors in July 2020, promoted with a lot of influencers on social networks and coupled with strict sanitary measures followed by one of the most intense vaccination campaigns in the world.

Containment free riders from other countries, we see a lot of them here

Despite an explosion of cases after the Christmas holidays, life continued without too many restrictions in the emirate, with restaurants and hotels open.

“Containment free riders from other countries, we see a lot of them here“, confirms Mr. Zochinke, specifying that easier obtaining of the status of residence and the possibility for foreigners to now own 100% of a company in Dubai also played.

The influx of arrivals especially boosted tourism and helped business return to a pre-Covid level in April, according to IHS Markit.

In the same month, the number of real estate transactions for properties worth more than 10 million dirhams (about 2.23 million euros) jumped to 90, according to Property Monitor, which typically records 350 to 400 similar transactions per year.

In April, 81 properties found buyers in Palm Jumeirah alone, up from a total of 54 in 2020. One mansion was sold for nearly 25 million euros, a record in recent years on the man-made island.

Now the first jewel on the market, a modern 1309 square meter Italian-style villa – 60 meter beach, white marble, infinity pool and home cinema – located at the end of a palm leaf is still looking for a taker for 22 million euros.

“I think people are starting to realize that Dubai is no longer a construction site, as it was ten years ago when the city held the world record for cranes.“, analyzes Matthew Bate, boss of BlackBrick, one of the agencies trying to sell the property.

According to him, buyers now establish their primary residence there, while continuing to manage their business remotely in Europe, North America or Asia.

But will the increase recorded after confinement continue? The market remains far from the records reached before 2014 and the apartment segment is lagging behind compared to luxury, leaving many towers half empty despite the frenzy of construction.

Morgan Stanley analysts are optimistic, however: “robust demand, a peak in supply and delivery times for new projects could strain the market more than expected in the coming years“.

According to a recent report by the American investment bank, with “a wave of government reforms, attractive real estate rates and a change in the structure of demand due to Covid-19“, the stars are aligned so that the emirate tinsel continues to shine.