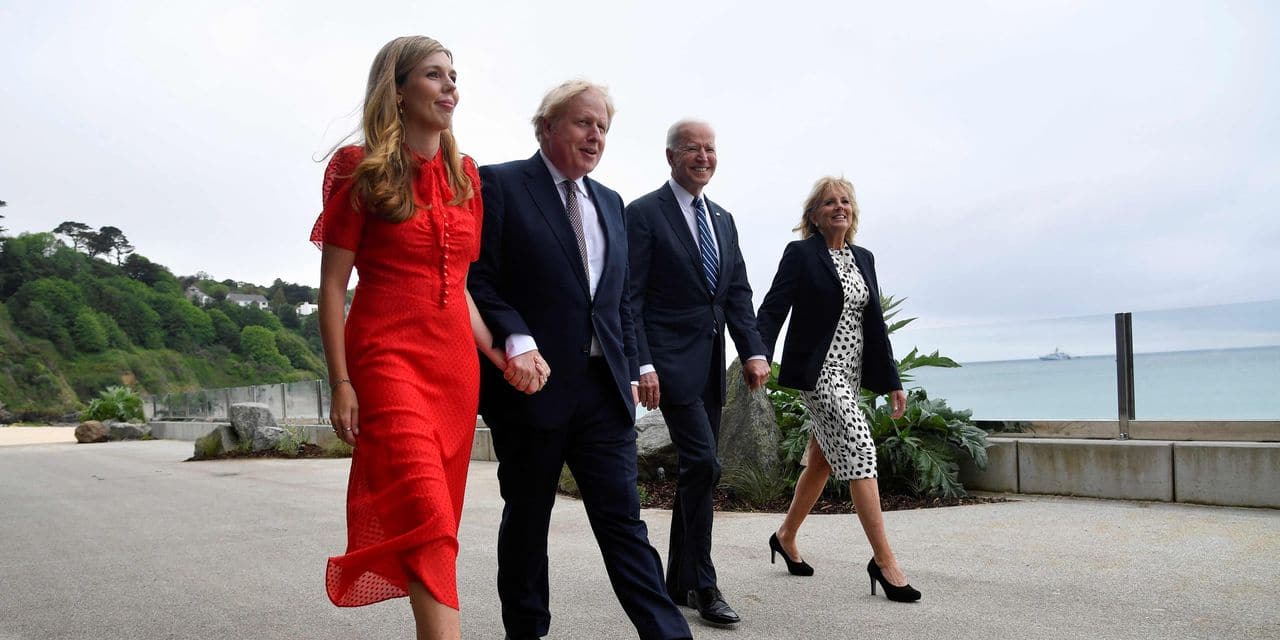 Despite the hazy sky over the end of Cornwall, the oil sea of ​​Carbis Bay thrilled United States President Joe Biden: “It’s beautiful, I don’t want to go home”, he exclaims. His wife Jill, wearing a black jacket with the word Love inscribed with it, holds his hand. Beside him, British Prime Minister Boris Johnson shakes hands with his brand new wife Carrie, whom he married on May 29 in a secret ceremony. A few minutes later, while their companions left for a walk barefoot on the beach, the American leader lets go, smiling at his host, before their first face-to-face discussion: “We have one thing in common with the Prime Minister, we got married to someone much better than us!” What Boris Johnson responds to: “Oh, I won’t contradict you on this, or even any other, we’re lucky.”