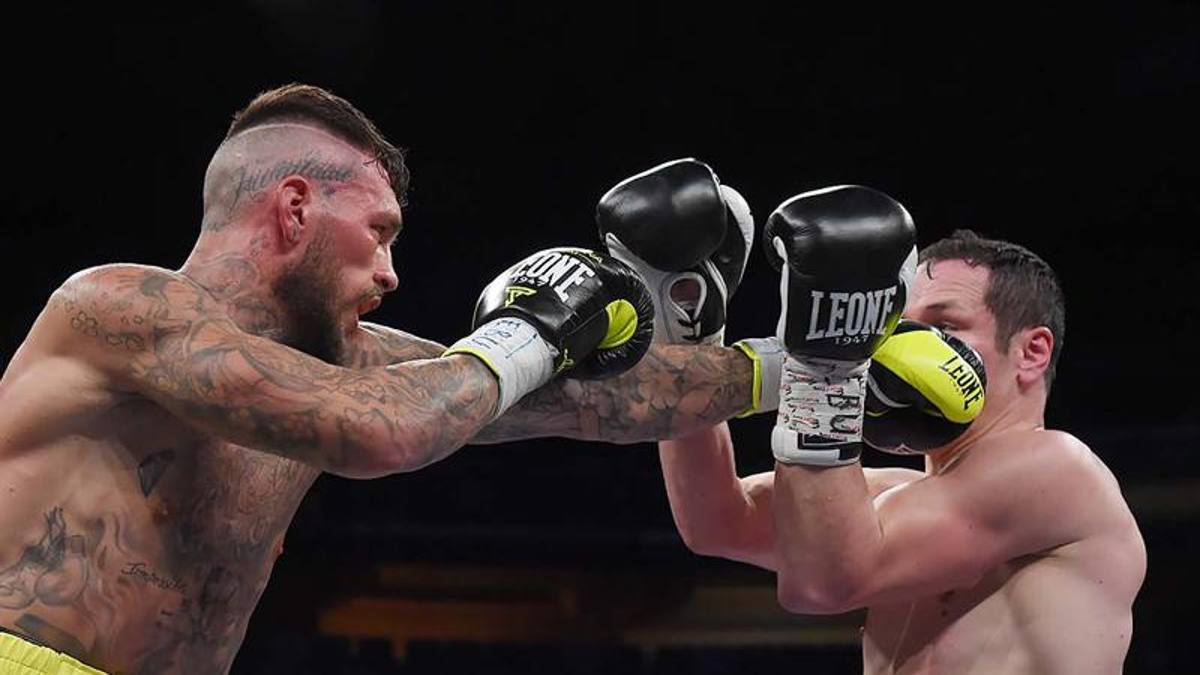 Difficult match for Daniele, unlocked with an eighth super recovery. “King Toretto” is confirmed unbeaten, after 16 months without a ring he manages to find the rhythm and raises: “I want more titles”

With an eighth round of masterpiece, Daniele Scardina wins the vacant European Union supermedium title in Milan for kot. It is the 19th success (15 knockouts), gained after a balanced and very hard match against the Spaniard Cesar Nunez (17-3-1).

The superstar boxer, the ex of Diletta Leotta and protagonist of Dancing with the stars, on March 8, 2019, in Milan, became the Ibf international champion of supermedium weights, surpassing the Finnish Henri Kekalainen at Superstudio Più by points. Daniele had then successfully defended the title against Alessandro Goddi and the Belgian Ilias Achergui until this opportunity to win the title of the European Union. Nunez, on the other hand, was a former Spanish middleweight champion, used to facing high-level opponents.

Match immediately controlled by the Milanese with uppercuts and a right hook. Scardina reacts to two right and left jabs of the rival who brings heavy blows and wins the third round. The 35-year-old boxer from Pamplona also attacks in the fourth but Daniele reacts with direct and loosening hooks. Dino Spencer’s pupil also uses the uppercut to make his shot his own. King Toretto is reactive against a really insidious opponent. In the sixth round, Scardina returns to difficulty, leans on the ropes but finds the shots to recover. In the seventh the pace is lowered and in the eighth Daniele detonates three heavy shots in a series that Nunez struggles to collect. It is the turning point, the best round of Daniele whose fury ends the rival: victory by knockout, the 19th.

See Also:  This is the line-up with which the Dodgers will seek the miracle against Braves

Unhinges then explodes with happiness: “I’m very happy because I haven’t been in the ring for a year and four months and I needed to feel the emotions that boxing gives me. I tried to keep fit, but not having a goal was not easy, we boxers need a deadline to plan the preparation. Last December I went back to Miami to prepare for this match. Yes, I participated in the TV show but I always feel like a boxer. This match was super important for so many reasons, so I was very motivated to give my best. but now I want more titles, this is just another step forward ”. Within the year, the boxer from Rozzano but stationed in Miami is aiming for a world championship challenge if not a semifinal.

The Italian welterweight title changes hands: the Crotone holder Tobia Loriga (66,200 kg, 32-9-3 with 6 knockouts) hands the crown at the age of 43 to the unbeaten Cremonese Nicholas Esposito (66,650, record 14-0 with 5 knockouts ), 17 years younger than the loser, after ten hard fought rounds but which saw the three judges give the same score in favor of the challenger, 97-93.Loriga contested the verdict: “I would have accepted only the equal”. The new champion: “I think I dominated at least 6 rounds, right verdict”.

The Milano Boxing Night at the Allianz Cloud, organized by Opi Since 82-Matchroom live on Dazn, offered a very pleasant program. It started with the victory – unanimous verdict on 6 points – of Vincenzo La Femina (57.700 kg, 7-0 with 3 knockouts) in the points weights against Nicaraguan Pablo Narvaez (58 kg). In the superwelters, Mirko Natalizi (71,950 kg, 10-0, 7-ko) with a ballistic right in the 4th position knocks out the Belgian Teffahi (71,750 kg): a match resolved with a sharp blow that arrived perhaps when he needed it most, in the middle of the 8 rounds and after a performance that was not always flawless. The Roman remains undefeated and updates the roster: 10 consecutive victories.

Maxim Prodan (champion, 66,200 kg, 19-0-1 with 15 knockouts) beat the Ferrara-born Nicola Cristofori (66,500 kg, record 11-3-2 with 1 knockout) for kot 10 and defends the Ibf international welterweight title. Cristofori had gone to the mat but recovered immediately 40 seconds from the end of the 5th round. The referee stopped the match at the beginning of 10 rounds for technical kot, but the defeated protests against the referee because his difficulty arose from the fall of the mouthguard. A surrender mixed with naivety (he expected an intervention from the referee but not the suspension), while Prodan scored his series of winning claims. In short, the decision did not change: it was kot.A match in any case balanced, with excellent exchanges between the two, and with the Italian former tricolor very agile, with a good guard, compared to the Ukrainian of Italy who now aims at the European but will have to do treasure of the experience in this match in which he struggled tactically to dominate his rival if not in the final two rounds. Prodan would have preferred more exchanges, more hand-to-hand battle.