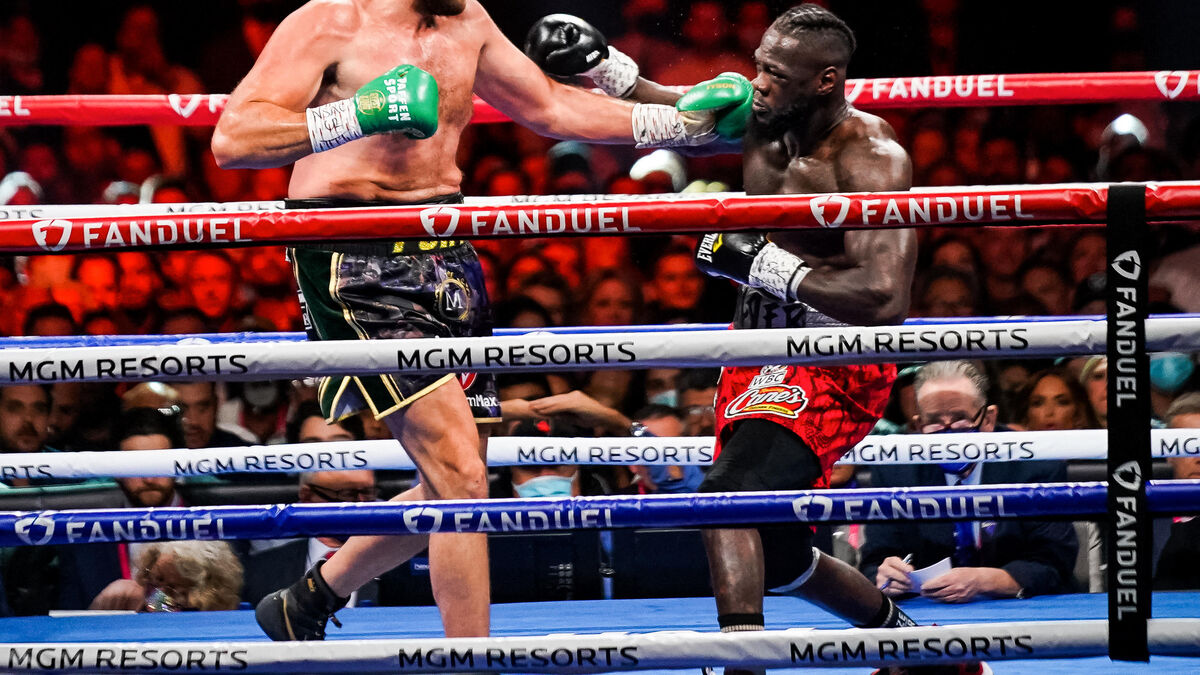 He left the ring without a look for his opponent. Beat and shoot for the second time by Tyson Fury at the end of a combat intense and magnificent – the fight of the year for specialists was stopped by the referee on the 11th round – Deontay Wilder had not accepted defeat against his best enemy. But the American will have time to go over it.

The “Bronze bomber”, who had left the ring at the end of his rope, his lower lip and his left ear bleeding, was in fact medically suspended until April 8. The former WBC heavyweight champion will therefore have to wait at least six months before returning to the rings. The decision was announced on Wednesday by the Nevada State Athletic Commission.

In addition, his trainer Malik Scott confirmed on the microphone of ESNews that Wilder was injured shortly before the end of the fight and should pass on the pool table. “We saw the doctor afterwards, everything was fine. He has a burst lip, he broke his hand, finger or phalanx, says the coach. But life goes on. Wilder was good, Fury was better. The best have won. We almost beat him. It was quite an experience. I want Deontay to rest well after this. I’ll make sure he does. “

The medical suspension should help him rest… before getting back into the ring… at 36 years old. “He is recovering and, if all goes well, he will probably be looking to get back into the ring again in the middle of next year, in April or May,” Shelly Finkel, his co-manager told The Sun.

The violence of the fight was not without consequences for 33-year-old Tyson Fury, either. Le « Gypsy King », sent to the ground twice during the evening, was also suspended for 45 days. However, this should not have any repercussions on the rest of the Briton’s career, who should soon return to the ring.