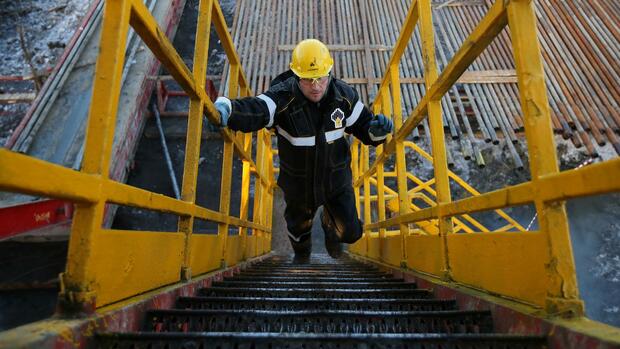 Düsseldorf It is the largest withdrawal of a Western company from Russia to date: the British oil multinational BP announced on Sunday evening that it would sell its shares in the Russian oil company Rosneft. As a result, the share price collapsed by more than six percent on Monday morning.

The Norwegian competitor Equinor is also withdrawing from joint ventures in Russia. “In the current situation, we consider our position unsustainable,” says Equinor CEO Anders Opedal. The company has been present in Russia for more than 30 years and in 2012 agreed on a strategic cooperation with Rosneft. Norway’s sovereign wealth fund also announces the sale of its Russian assets.

The German energy companies are thus under pressure to act, but have so far been reluctant to make such announcements. The connections to Russia, especially in the natural gas business, have not only been under criticism since yesterday. According to information from the Handelsblatt, the topic is currently being hotly debated within companies.

The Essen-based energy supplier Eon probably had the closest relationship to Russia for many years. The group itself has held a stake of almost 15 percent in the Nord Stream 1 gas pipeline, which has already been put into operation, for eleven years. After the Nord Stream 2 pipeline, which was laid in parallel in the Baltic Sea, was temporarily stopped, Poland’s Prime Minister Mateusz Morawiecki also called for the first connection to be stopped on Saturday.

However, Eon rejects this. After all, Nord Stream 1 is an approved and fully operational project. “Overall, we see Nord Stream 1 in a completely different regulatory perspective to the ongoing discussions about the Nord Stream 2 line, in which we are not involved,” the company said. Eon also has an urgent financial interest in keeping the first Nord Stream pipeline operational. The profits from the participation flow into the pension assets.

Eon spun off the remaining Russian activities to Uniper in 2015. On the one hand, the company is involved in the financing of Nord Stream 2. On the other hand, the Düsseldorf-based company also makes part of its sales directly in Russia – under the brand name of the electricity supplier Unipro.

The Düsseldorf-based company has been trying to sell it for a long time, but cannot find a buyer. In the current situation, that should be almost impossible. Uniper did not want to comment on whether a U-turn in the matter of Russia is imminent. The stock has been plummeting for weeks. Within a month it fell by almost 40 percent – mainly because of the Russian exposure.

Third in the group is the oil and gas producer Wintershall. The company is considered the most important German partner of the Russian state-owned company Gazprom. Both hold 50 percent each in the Achimgaz joint venture, which produces gas in Siberia. “Our Executive Board is already analyzing the situation very carefully,” said a spokesman for Wintershall Dea.

This is how the Handelsblatt reports on the developments in the Ukraine war:

So far, however, this partnership has paid off well. At Wintershall, business in Russia contributed 19 percent to operating profit in 2021. The gas prices, which have been rising for months, also increased profits by 387 percent. It was similar at Uniper.

Question about compensation for Nord Stream 2

However, the losses that companies are now threatened with as a result of the war between Ukraine and Russia are no longer proportionate to this. Although energy companies are deliberately exempt from the sanctions relating to the international payment system Swift, other decisions are also hard on German suppliers.

For example, the suspension of the Nord Stream 2 approval process. Uniper has invested almost one billion euros in the construction of the pipeline. Wintershall, OMV, Shell and Engie are similarly involved. They provide 50 percent of the funding, Gazprom the rest.

CEO Klaus-Dieter Maubach had announced what a final stop to the project would mean for Uniper. Wintershall, on the other hand, assumes that the project company will be compensated if the pipeline is prevented. According to the annual report, no reliable scenario is currently conceivable in which there would be political intervention without compensation.

Even if the certification process, which has not yet been completed, delays commissioning, Wintershall Dea expects that the contractual obligations towards the financial investors will be met.

But it is not only in Germany that energy companies are showing reluctance when it comes to giving up their business relationships with Russia. The US oil company Exxon Mobil, the British Shell and the French Total group also have billions in investments there.

Exxon Mobil holds a 30 percent stake in the Sakhalin 1 gas field and currently values ​​its Russian activities at four billion dollars. Competitor Shell is also invested one field further in Sakhalin 2 with almost 30 percent. Meanwhile, the French Total holds 20 percent of LNG pipelines. Here, too, there are no signs of a turnaround so far.

More: Will the Ukraine war bring about a change in the energy transition?

Fifa and Uefa suspend Russia from their competitions

the European Union makes its revolution