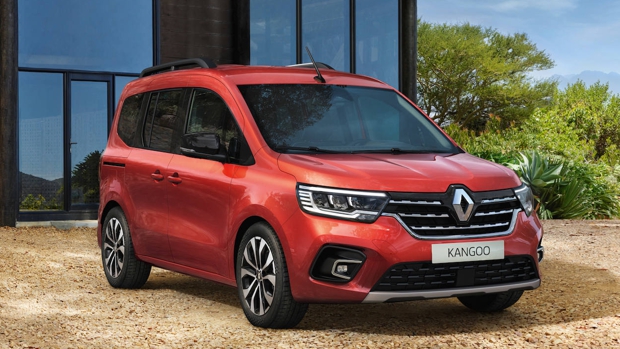 In the midst of electrification, purchases and mergers, large prototypes and future plans, the reality is that conventional cars are still being sold for people, let’s say, ‘normal’, such as compact vans or, better yet, their tourism versions, which have already outsold minivans And, without making much noise, they leave huge profits on the manufacturers. In this area, two novelties presented these weeks call our attention, it is the Volkswagen Caddy and the Renault Kangoo, which are committed to a design close to cars and interiors with high technology in a sector that has already forgotten low prices to launch itself at customers with very attractive cars with great qualities for dynamic and sporty leisure.

The sector was born with those Citroën ‘two horses’ and Renault 4 converted into vans. The recipe was simple: a wide rear box was ‘welded’ to the front of a car in the range, maintaining a mechanics already amortized and expanding the load capacity. The Citroën C15, based on the Visa, is the most famous of them all, but there were also the Renault Express with the Supercinco platform, the Ford Courier with its origin in the Fiesta or, the last of this type, the Seat Inca with the front of the popular second-series Ibiza. But in 1996 the revolution came with the Citroën Berlingo, designed from the ground up for this category. Renault responded early with the Kangoo -too soon, in fact, with complaints of industrial espionage involved- and both manufacturers, by adding the sliding side doors, were surprised by an unexpected demand: that of those who wanted the car as a passenger car, and not as a van.

From there, the entire segment evolved, which has to create with the same bodywork models that are useful for companies and transport, and therefore that are basic, hard and very economical and models for private customers: comfortable, technological and, yes it is possible, also very beautiful, practically opposite worlds. The best result has been given the formula is the original inventor: the Citroën Berlingo sells very well as a van due to its low production cost and very good as a passenger car due to PSA’s determination to use common platforms for almost all its models, offering a high-tech car at a good price. Indeed Citroën manufactures this model for Peugeot since the same year 1996, and in 2018 the lion brand decided to separate the van version -Partner- from the touring -the adventurer Rifter- to make the difference between the two, with great success, since the passenger version has outsold the Berlingo ‘combi’. They have been joined by the Opel Combo and the Toyota Proace City, basically the same model made entirely in Vigo, but with different logos. Fiat He opted more for the industrial part with a Dobló made in Turkey and which he even sells in the United States with the RAM logo; Ford manufactures the Connect in Valencia and, given the impossibility of competing for price with Citroën, has also found its niche in the United States, where it exports a large part of the Valencian production in a premium version: long body, seven seats, 2.5 gasoline engine and automatic transmission, leaving the most basic models for Europe.

Renault decided to expand its range, making a Kangoo more touring -and also manufacturing for Mercedes- and leaving the commercial part for the Dacia Dokker. For its part, Volkswagen opted for the Caddy, which was manufactured by Seat in Spain together with the Inca in its second generation, but which in 2004 returned to the commercial Volkswagen factories for a new generation, which is the one that will be replaced. In this generation, the segment has turned around, and the tourism versions are already sold more than the commercial ones, and they have surpassed the minivans with figures that, Depending on each brand, they usually range between 50,000 and 100,000 units every year in Europe.

We thus come to our two protagonists. On the one hand, Renault begins to notice the decisions of its new CEO, Luca de Meo, such as the reordering the commercial range so that the diamond brand is the one that leads in Europe, within the group, this segment, so that the Dacia Dokker will leave the catalog of the Romanian brand and enter that of Renault converted into the new Express, but let’s go by parts. The new Kangoo, which will be sold in Spain from May 2021 It has put aside the ‘rare’ design that it looked since the original model to become a car as attractive as any other model of the brand. It shares a platform with the Clio, so you have access to the full range of hybrid and plug-in hybrid engines, in addition to gasoline and diesel, and adds the electric version, already available in the current Kangoo, but whose availability will be extended to the family version.

As an important novelty, on the passenger side the rear sliding door does not have a pillar with the front one, which greatly facilitates access and makes the Kangoo almost a minivan. The matter is not accidental: with the sales of the once successful Scénic in free fall and its replacement canceled, customers of that model will in the future have to opt for the Kangoo or the Renault SUV range. Although there will be a Renault Kangoo Van, Renault’s intention is fight for sales to companies with the return of the Renault Express, a profound restyling of the Dacia Dokker that will continue to be manufactured in Morocco, but which will be sold in Europe only under the Renault brand. In this way, Renault doubles its offer and allows providing the Kangoo with higher quality, technology and price, a requirement – at least the first two – imposed by Mercedes so that the French brand continues to manufacture the Citán for Mercedes, a profitable agreement, but one that the new CEO of Mercedes, Ola Källenius, will review with a magnifying glass, like all those that the German firm has in place.

Regarding the Caddy, these days the fifth generation of the model is put on sale in Spain, which uses the platform released in the Golf 7 in 2012, thus replacing the previous model, which dates from 2004, but which has remained perfectly up to date until today with the usual refreshments in design, interiors and technologies. The Caddy is not only a sales leader among the touring versions of these models, but in 2017 it had the best year since its launch thirteen years before!

The German model, although manufactured in Poland, is committed to the premium sector of the market, with prices starting at 19,700 euros when the cheaper versions arrive, and at 26,000 euros those already available, with high-end finishes and even ‘camper’ versions. Volkswagen does not give up the van versions, called Cargo, but its main business will not be in that part of the market, which it could have defended with Skoda or keeping in the market the Seat Inca -successor of the popular Seat Trans-.

In return, to be able to manufacture more units and make investments more quickly profitable, Volkswagen maintains an agreement with Ford which could lead to the joint sale of this model. Although the details of the program are still open, for now Ford has decided to extend the commercial life of the Connect manufactured in Valencia in versions Transit-van- and Tourneo-tourism- as they play a key role in the sales leadership that the brand has in Europe in the van sector, whose profits offset the losses Ford in passenger cars. In other words, a Ford version of the VW Caddy is planned, but this part of the deal might not go through.

The two strategies of Renault and Volkswagen are very different. The German brand is targeting a market that will give it a large profit per unit and contribute to the good accounts of the commercial vehicle division, something that is already happening with its range of T6 vans, where the touring versions – California, Caravelle and Multivan – weigh more in sales than the Transporter vans.

At Renault, on the other hand, they do not leave loose fringes, and their double strategy attacks both the industrial sector with the Express and the tourism sector with the Kangoo, gambling too, as does PSA, for the manufacture of the van for third brands, in this case with the Mercedes logo, which can give high economic performance. In the end the customer decides, but what is certain is that these models are no longer a ‘cheap’ alternative for families.

Now they have a similar or higher price to the equivalent minivans and, although they have the same mechanics and technology as these, their design is not so ‘chic’, a detail for which before it was necessary to put a very attractive price. Now, turned into true stars of dynamic leisure or family, these types of models are more expensive than just five years ago, and its success will be greater than that of the flashy electric cars that fill the billboards, but that await the owner in a corner of the dealers’ exhibition while the ‘combi’ type vans are sold like hot cakes, at least in Spain.