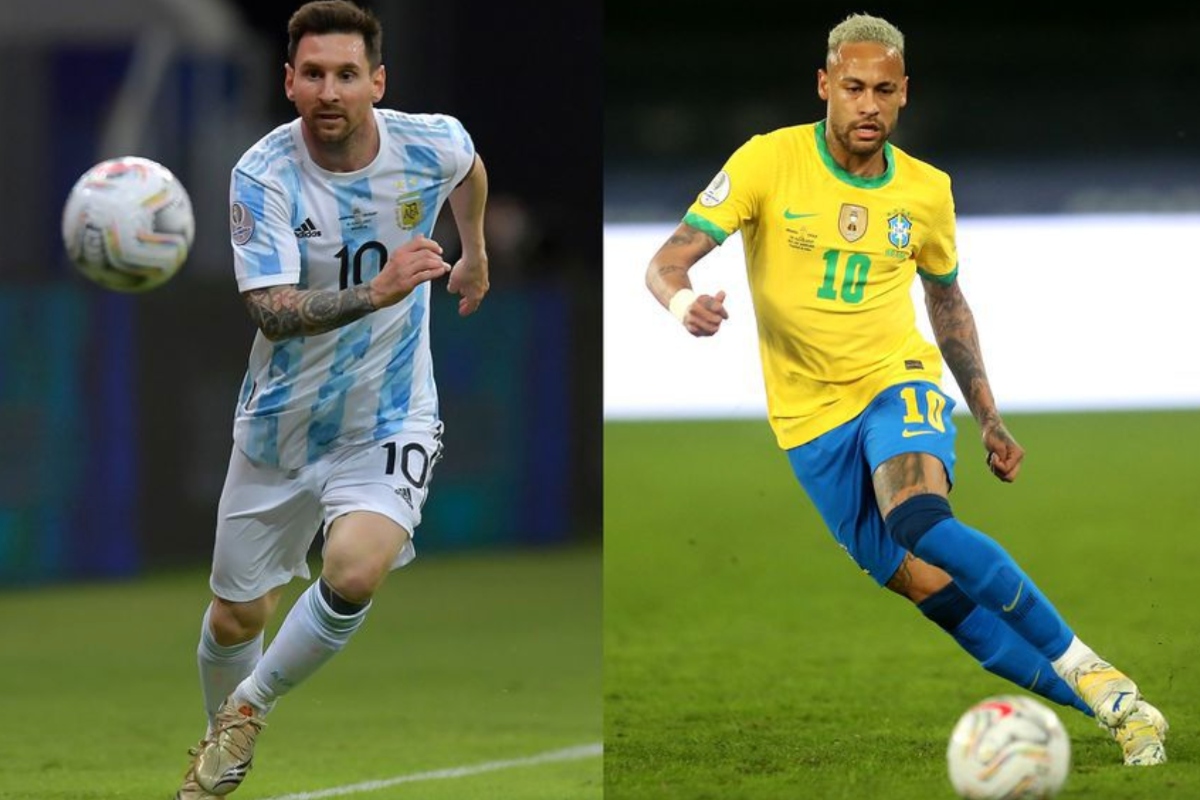 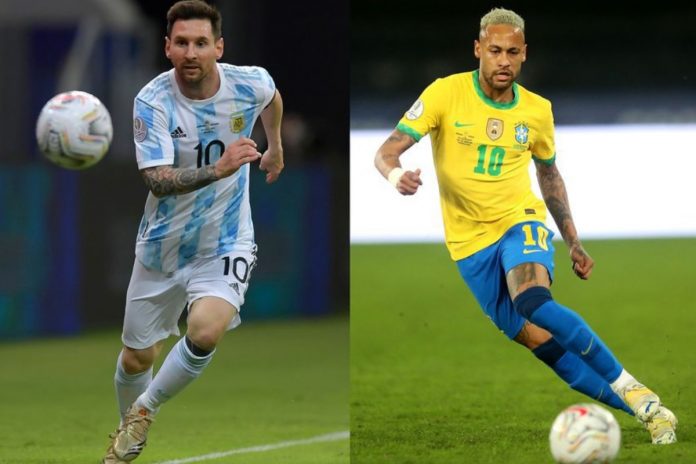 The two greatest stars of South American football, Lionel Messi and Neymar, meet this Saturday in the legendary Maracana in Rio de Janeiro in the electrifying final of the Copa América 2021, which faces Argentina and Brazil, a superclassic of world football. The game begins this Saturday at 9 p.m., it is directed by the Uruguayan Esteban Ostojich and televised by DirecTV Sports, Public TV, TyC Sports and the DirecTV Go and Flow platforms.

In the event that the definition ends tied in the 90 minutes, an extra of 30 minutes will be played, divided into two halves of 15 each. If the parity persists, penalties will define who will be the champion of the Copa América Brazil 2021.

‘La Pulga’ seeks to shoot in the empty Rio temple what may be his last bullet in the oldest national team tournament in the world. ‘Ney’, absent in the Brazilian victory in the previous realization, in 2019, tries to prevent it. In the end, one of the two will raise an elusive trophy for Pelé and Diego Maradona, responsible, in part, for many considering this clash as the greatest classic of national teams.

“It is a final that I always dreamed of playing, the final that all football lovers expect from a Copa América,” said Neymar. For Messi, 34, it is the chance to shake off the four finals he lost with his country – three Copa América and a World Cup – and to bury an Argentine drought of almost three decades without winning a title. ‘Ney’ was one year old when the Albiceleste triumphed in the Copa América Ecuador-1993, while in 2019 an injury deprived him of the ninth continental title of the ‘Selecao’ raised against Peru (3-1) at the Maracana.

“It will be very hard”

Eager to fight for a Ballon d’Or, the PSG player will seek to crown a championship in which he has polished an opaque but solid ‘Canarinha’, but in which he was overshadowed by Messi, top scorer (4 goals) and assistant (5). The final between the two best teams of the Copa América 2021 stands between the friendship of two stars who made in Barcelona. “Brazil with Neymar is going to be very tough,” says Messi. “But what I want most is to win something with the national team.” “Nothing happens in my head other than victory,” replied the Brazilian.

The six-time Ballon d’Or winner will try to win the fifteenth Copa América title for Argentina against Brazil de Tite, which has not lost official games since the defeat in the quarterfinals of the 2018 World Cup in Russia against Belgium (2-1). Since that fall the ‘scratch’ played 18 official games, winning 15 and drawing three. Held in the safety of Marquinhos, Thiago Silva and Casemiro, in the Copa América he has five wins, the last one against Peru in the semifinals, and one equality. The hosts suffer the loss of the sanctioned Gabriel Jesús, who can be sensitive for an attack come to less (three goals in the last three matches) and to crack the Albiceleste defense, which has barely allowed three goals in six games.

The first final he lost to Argentina was against Brazil in Venezuela 2007 and in the last edition of the Copa América, the ‘canarinha’ defeated him in the semifinals, with the new Lionel Scaloni as DT. Scaloni has built a team around Messi and found joy in center-back Cristian Romero and goalkeeper Emiliano Martínez, who saved three penalties in the semis against Colombia. Sergio ‘Kun’ Agüero, Nicolás Otamendi and Ãngel Di María are the share of experience of a team whose last defeat was precisely against Brazil (2-0) in the previous edition. “We are going to play a final against our eternal rival, our lifelong rival, the two most powerful teams in South America,” said the coach. With Messi at the helm, Argentina intends to hit Brazil with a new ‘Maracanazo’, which still carries the trauma of the 1950 World Cup.