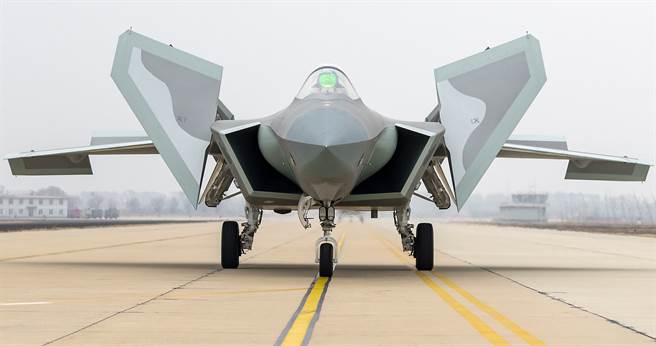 In order to overcome the military operation restrictions of fighter planes on the “Line of Actual Control” (LAC) on the undetermined border between China and India, China is developing an air base in the Shache area of ​​Xinjiang near Eastern Ladakh.

According to a report from The Times of India on the 19th, government sources told India’s AsiaNews International (ANI) that the new base will be between the existing Kashgar and Hotan air bases. For a long time, PLA fighters have been performing missions along the Sino-Indian border air bases. The source said that this new base will fill the gaps in the relevant areas of the Chinese Air Force.

In fact, Shaq already has an air base, and sources say that China is upgrading the base for use by fighter jets. They also pointed out that the construction is stepping up, and this base will be able to be used by fighters for missions in the near future. The PLA’s existing air bases close to the “Line of Actual Control” are about 400 kilometers apart, but the upgrade of the Shache’s base will be able to fill the gap.

On the other hand, India is also paying close attention to the military airfield in the Ure area (Barahoti, India) near the border of Uttarakhand. It is said that China has introduced a large number of drones and continued to fly in that area.

Recently, the Chinese Air Force held a new round of summer exercises near Indian territory, and the military aircraft dispatched were mainly from Hotan, Kashgar and Ali Kunsha airports. In addition to close surveillance, India also maintains a high degree of preparedness.

Traditionally, the “line of actual control” of the Chinese Air Force in this part is relatively weak. In contrast, India has a number of airports that are quite close to each other along the route, which has an advantage over the Chinese Air Force in terms of strike capability. In order to further strengthen air defense in relevant areas, China has deployed a Russian-made S-400 missile system. Similarly, India has also deployed a large number of air defense systems, fortunately, in case of need, it will dispose of PLA fighters.

In addition, reports say that India has deployed a number of fighters at Leh and other frontline air bases, which can deal with China and Pakistan at the same time. India’s deployment of Rafale fighters at Ambala and Hashimara air bases has also improved India’s ability to prepare for war against China.