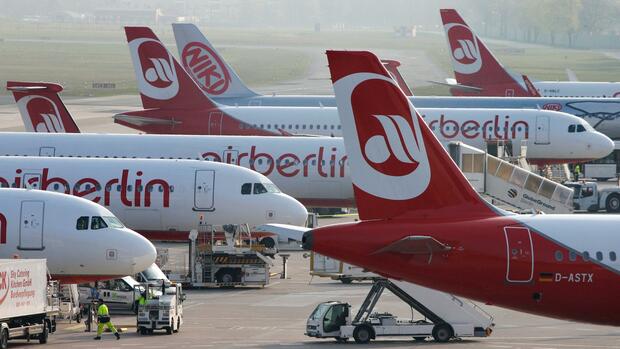 Cologne If you were to print out Air Berlin’s insolvency table, you would need 3,000 pages of paper. 1.3 million passengers alone paid 850 million euros for flights that they could never take. Insolvency administrator Lucas Flöther has so far considered claims of 497.8 million euros against the airline to be justified, and billions could be added.

The problem: The so-called insolvency estate is Flöther at 10.7 million euros – 97.8 percent less than the recognized claims. However, it does not have to stay that way: a legal long-term consequence of Brexit gives the creditors of the airline, which went under in 2017, hope.

Because Air Berlin, which is registered in Great Britain, automatically became a company under civil law after the country left the European Union, its owner may have to be liable for any insolvency damage. This could be Clearstream, a subsidiary of Deutsche Börse.

Insolvency administrator Flöther has therefore filed a lawsuit with the Frankfurt Regional Court. The amount in dispute is 497.8 million euros, exactly the sum of the previously recognized claims in Air Berlin’s insolvency table. If Flöther prevails, the creditors would be 100 percent satisfied. An ending that nobody dared imagine.

Flöther, who is one of the first ranks of insolvency administrators in Germany, is self-confident: “We took a close look at the legal situation. After Brexit, in our legal opinion, Clearstream became the personally liable partner of Air Berlin as a shareholder, and as such it must be liable. “

The defendant rejects the claims. “As a precautionary measure, Clearstream had already examined the consequences of Brexit for the legal relationships of Air Berlin in detail with the involvement of external legal advice and considers any claims in this connection to be unfounded,” says a company spokeswoman. The statement of claim that has since been made has not changed this assessment.

“Clearstream will take all necessary and appropriate measures to defend itself against this lawsuit,” said the spokeswoman. The company has until the end of the year to present its arguments to the court.

The amount in dispute could multiply

The fact is: Although Air Berlin was a German airline, it was licensed as a Public Limited Company (PLC) in Great Britain – i.e. as a limited liability company. That changed after Brexit. Because of its administrative headquarters in Germany, the insolvent airline changed into a company under civil law. In the event of bankruptcy, the owners could be responsible for the damage.

In his lawsuit, the insolvency administrator cites a contract between Air Berlin and Clearstream from 2006. The Deutsche Börse subsidiary is therefore registered in Great Britain as the owner of all Air Berlin common shares, as it holds them in custody for the shareholders.

The decisive factor for Clearstream’s liability is that “after the United Kingdom leaves the European Union after the transition period has expired on December 31, 2020, the debtor will no longer be recognized in Germany as a GmbH under German law,” argues Flöther in the application the Handelsblatt could see.

The current claim amount of 497.8 million euros is possibly just a start. Flöther has recognized this sum, but the claims made by the creditors are much higher: more than 8.5 billion euros. Not all registrations are justified, but ultimately it could be a few billion euros. In any case, the current amount in dispute in the Clearstream lawsuit increases to the extent that further claims are recognized.

Flöther estimates that Air Berlin’s insolvency proceedings will still take at least five years. He wants to claim from Clearstream every additional cent that he recognizes as a claim of the creditors during this time.

More: How Air Berlin’s insolvency administrator wants to cash in on claims against Etihad