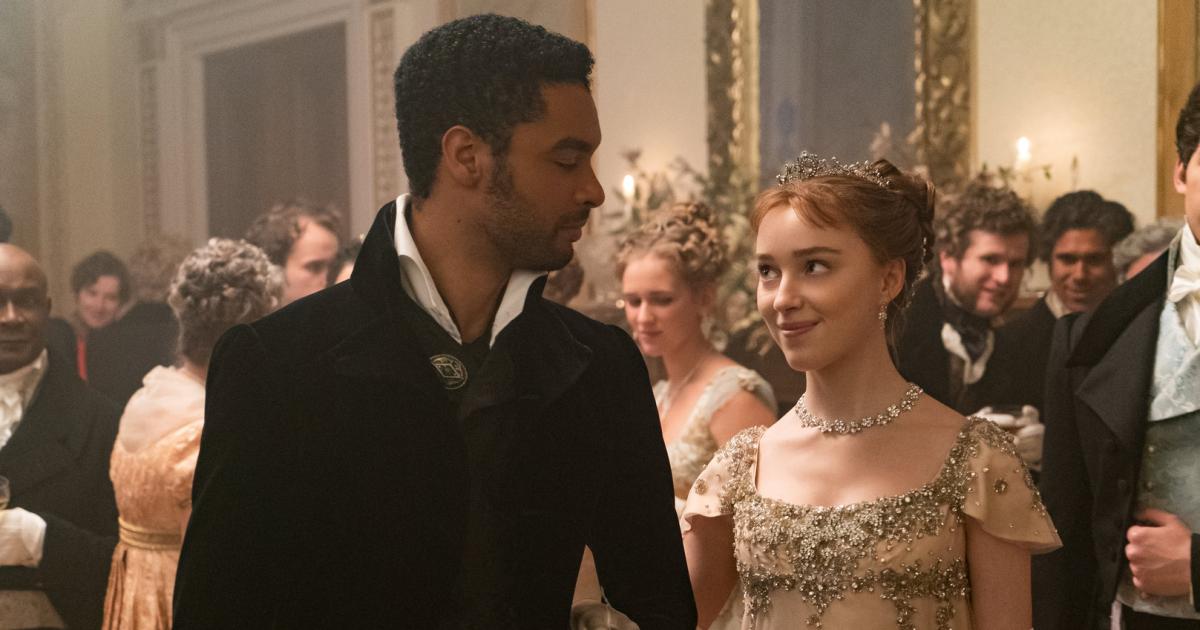 That brings us to the famous sex scenes in Bridgerton. How difficult is it to write a good one?

Is it my favorite scenes? No. Writing funny conversations is more my thing. Most important to me is that an intimate scene has a motive that drives the plot or affects the characterization of the characters. Then it is not difficult to write either.

Is it true that your father once forbade you to read romance novels?

He was skeptical and said I should read Dostoevsky better. But at 16, on vacation? I stated that I read these books for research reasons, because I wanted to write such a novel myself. So he sat me down in front of the computer, expecting I would give up quickly. But in two summers I wrote this teen romance novel. Although it was not published. But helped me get accepted into Harvard.

How did that happen?

When applying, you should write about a book that is important to you. I wrote about the novel I wrote when I was 16. I am convinced that is why they took me in. Everyone else wrote about “Whoever disturbs the nightingale”.

How is your personal love story actually told?

I met my husband on the third day at Harvard. If I could write my own love story, I wouldn’t let him meet until a few years later. So I missed some typical university things. But it is good as it is. It’s been a crazy year for us. My husband is an infectious disease specialist at a Seattle clinic. Our city had the first Covid deaths. He’s been in the thick of it all for a year. He is exhausted in every possible way that a person can be exhausted.

Julia Quinn grew up as Julie Cotler in New York. She completed her studies in art history at Harvard. She studied medicine at Yale, but dropped out after a few months in favor of her career as a writer. Her romance novels are bestsellers and have been translated into 29 languages. She lives in Seattle with her husband.

Daphne and the Duke unwilling to marry: Julia Quinn’s novel “Bridgerton – The Duke and I” (HarperCollins) – romantic and funny entertainment.