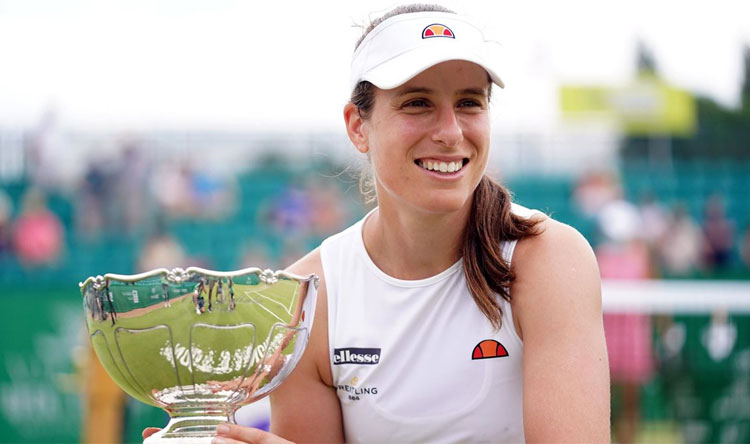 The Referees Committee of the English Tennis Championships, Wimbledon, the third of the four Grand Slams, announced the exclusion of British Johanna Konta, ranked 31 in the world, from the women’s competitions for having contact with a positive person with the Corona virus.

The Referees Committee issued a statement saying, “After Konta is excluded, she will be replaced by the loser in the qualifiers, Yafan Yang.” The Chinese Yafan Yang, ranked 123rd in the world, will thus meet with Czech Katerina Siniakova in the first round of the English Championship, which begins on Monday.

The Danish former doubles player Fredrik Nielsen was ruled out Saturday for the same reason.