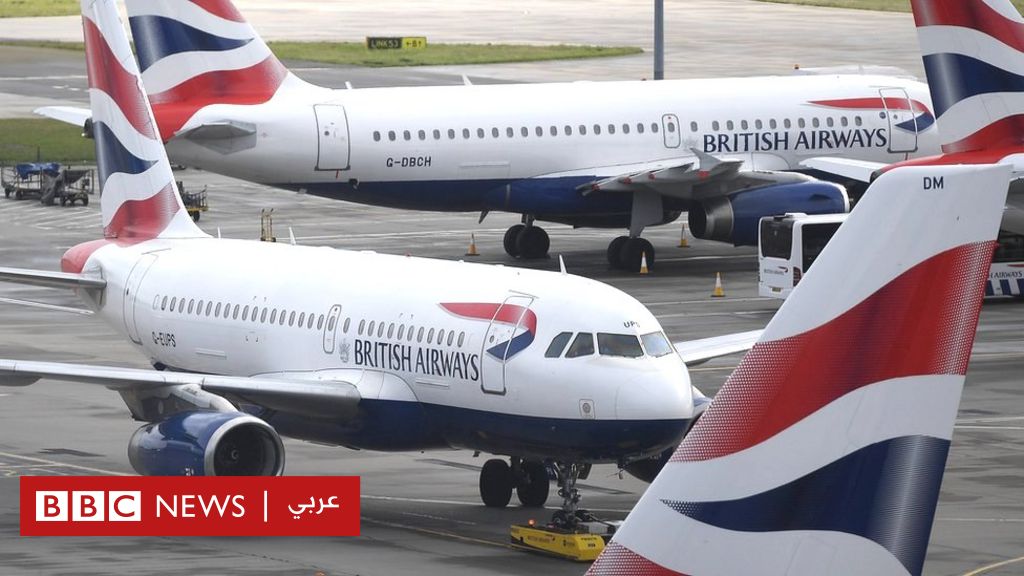 British Airways canceled an additional 1,500 flights, most of them scheduled for the month of July.

The wave of cancellations made over the past weeks will affect tens of thousands who hope to fly this summer from Britain’s Heathrow and Gatwick airports.

The airline industry was struggling with staff shortages during the rebound in demand for air travel.

British Airways had earlier canceled 10% of its scheduled flights between April and October, but said that “unfortunately” more cancellations were needed.

A spokesperson for the company, the UK’s largest airline, said: “We took precautionary measures earlier this year to reduce our summer schedule to provide customers with as much notice as possible about any changes to their travel plans.”

“As the entire aviation industry continues to face the most challenging period in its history, it is unfortunate that some additional cancellations have become necessary,” he added.

The airline said it was in contact with customers “to apologize and offer to rebook at a different date or refund the price of the reservation.”

The wave of cancellations comes ahead of Friday’s deadline, announced by the Ministry of Transportation last month, for an exemption that gave airlines a short period to hand over their slots at the airport during the summer season if they were not confident of their operation.

British Airways is expected to announce more cancellations over the summer before the deadline.

Airport boxes give airlines permission to take off or land at a specific time on a specific day. Under normal circumstances, airlines risk losing time slots and business damage if they cancel their flights.

On Wednesday, British Airways was also affected by a “rare interference” by Heathrow Airport.

Heathrow asked airlines to cut 30 flights from their morning schedules on Thursday, when more passengers were expected than the airport could handle.

This step was taken to ensure that the airport has enough security personnel on duty in proportion to the number of passengers.

The cancellations come as hundreds of British Airways check-in staff at Heathrow are deciding which strike dates could further affect the peak travel period for the summer school holiday.

Many jobs were lost in the aviation industry during the Covid pandemic, and hiring enough staff in time to deal with the increase in demand for travel has proven difficult for airlines and airports.

Gatwick Airport had announced that it would reduce the number of flights during the summer due to the lack of staff, before announcing the exemption period for airlines to fill the slots at the airport.

Meanwhile, Manchester Airport has warned that it will not be able to return to its pre-pandemic standards until autumn.

In the Easter and mid-year period, thousands of passengers were affected by last-minute flight cancellations.

These past disruptions have prompted the government, the aviation regulator and the Civil Aviation Authority to write to airlines telling them to ensure their summer schedules are “handled… based on the resources you and your contractors expect”.

“There is almost no sperm in the teacher’s body” I said ‘this’ every day for 10 minutes, and I heard a shocking examination result.

A 54-year-old Chinese man swims across the Ping River to escape death after being extorted by two Chinese men. Police immediately caught up