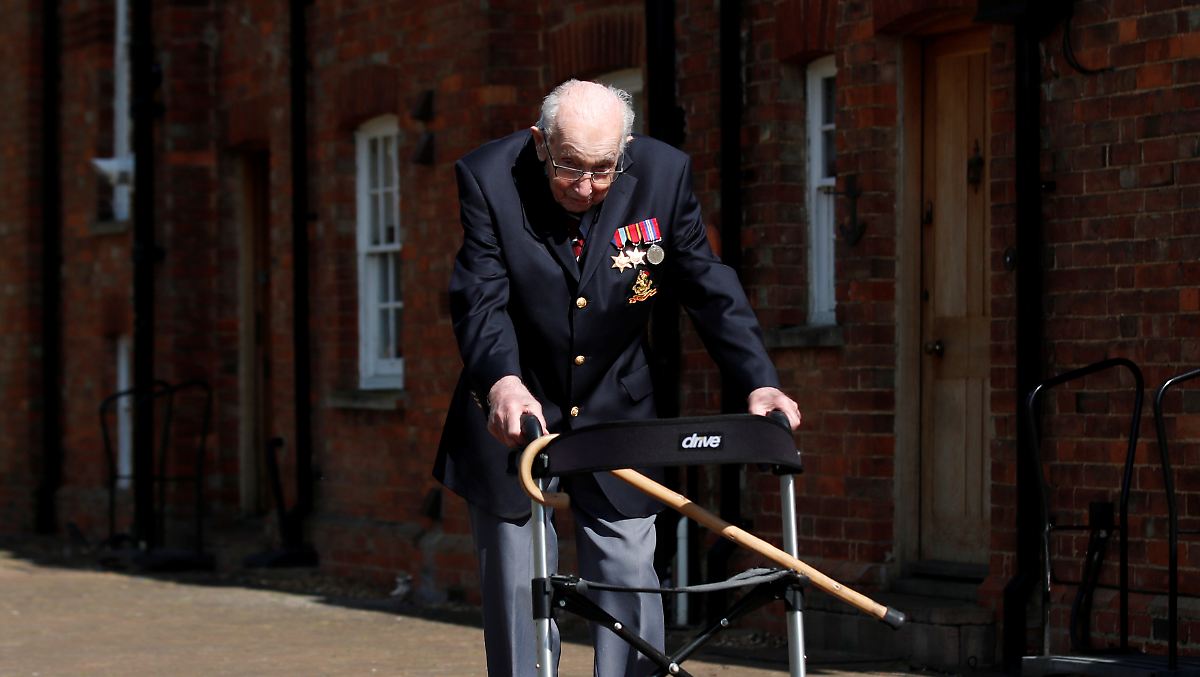 Captain Tom is seriously ill and Covid-19 is ill

The 100-year-old British record donor collector Tom Moore is seriously ill with Covid-19. His daughter announced this on Twitter. Her father was taken to hospital with pneumonia and tested positive for the corona virus last week. “He was home to this day but needed extra help with breathing,” she wrote.

Moore had raised almost 32.8 million British pounds (about 37 million euros) for the National Health Service NHS in the corona pandemic last year with a donation run on his rollator. Queen Elizabeth II then knighted him.

In addition, the World War II veteran was promoted to colonel by the captain on an honorary basis. Captain Tom, as he was still called by many, even stormed to the top of the UK charts with his own version of the soccer anthem “You’ll Never Walk Alone”. He recorded the song with British singer and actor Michael Ball and an NHS choir.