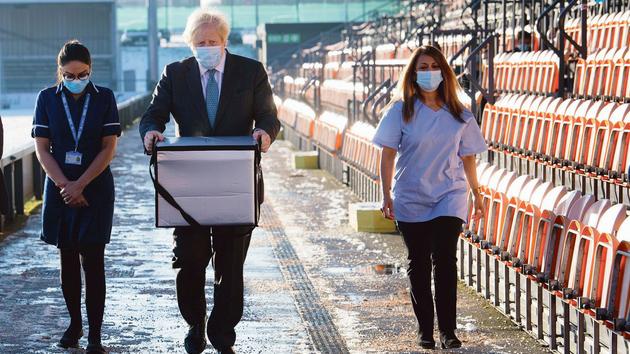 STORY – The European Commission was forced to backpedal this weekend. The export control mechanism she had imagined could have led to a return to a border between the two Ireland.

The European Commission is playing with the lives of millions of British pensioners. In the showdown between London and Brussels on vaccines, Boris Johnson has released the shocking argument that speaks to his opinion. During a telephone exchange qualified as“spice” together with eu executive boss Ursula von der Leyen, the prime minister warned that a drag on vaccine exports to the UK would threaten the administration of a second dose to the elderly, putting them thus in danger. Saying this, he sets a date for the crucial weeks to come.

Minister of State Michael Gove has since said he has received assurances that “The supplies we have paid for will be delivered”. But the damage is done and the incredible blunder of Brussels will leave traces. In particular, by threatening to include Northern Ireland in its mechanism for controlling exports of vaccines produced in the EU, the Commission has succeeded in the feat of arousing both the ire of