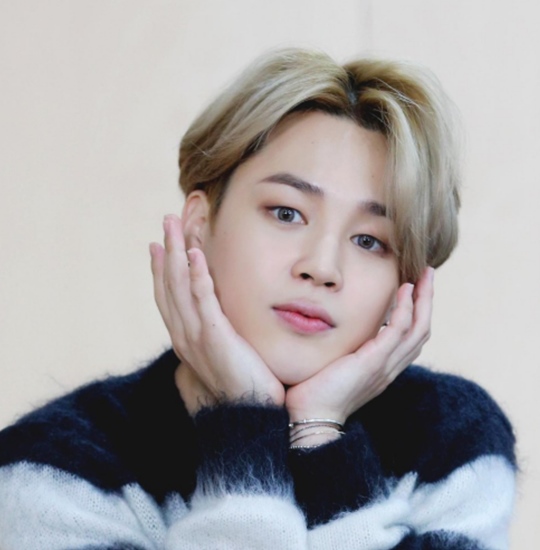 As Jimin of the group BTS celebrated his 27th birthday on October 13th, Jimin and his fans also shared love with donations and conveyed emotion.

In celebration of Jimin’s birthday on the 13th, famous tourist destinations all over the country as well as around the world were covered with advertisements engraved with Jimin’s face. In the global celebration, Jimin and his fans returned with meaningful good deeds.

According to the Green Umbrella Children’s Foundation, Jimin has become a new member of the Green Noble Club. The Green Noble Club is a group of major donors of the Green Umbrella Children’s Foundation, and consists of donors who donate 100 million won or more either temporarily or cumulatively, or sponsors who promise to donate 100 million won within 5 years.

It was the same with the fans who shared their love widely. According to Jimin’s fandom, nearly 200 birthday commemorative donations continued. In particular, as the world is suffering from COVID-19 (new coronavirus infection) since last year, various donations related to diseases are attracting attention. 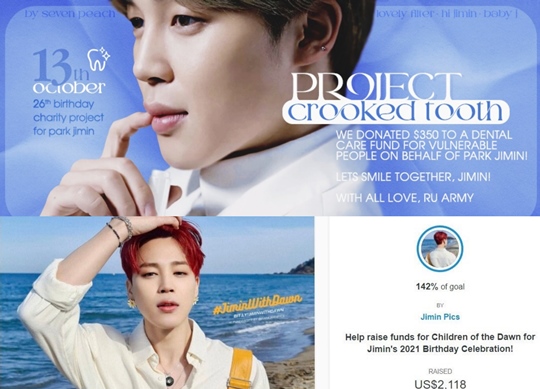 With the meaning of ‘Save The Aged’, Jimin’s Myanmar fandom delivered medicine, nutritional supplements, and 150,000 MMK in Myanmar currency to a nursing home for Haengryeo patients over 70 who are suffering from paralysis, the slogan of ‘Voice with Kindness’. announced that it will donate audio files and Braille books to a school for the blind in Myanmar.

In another Myanmar fandom, under the slogan ‘Be Kind, Be real, Be like Jimin’, following Jimin, who provides comfort and healing with his kind and sincere words and actions, he paid 500,000 Kyats to the Mayang Chaung Village Leprosy Welfare Center. ) was donated.

In addition, 270,000 g of donations and dolls were delivered to children and adolescents from 1 month to 17 years old who were infected with the AIDS virus (HIV/AIDS) at the AIDS care center.

On the other hand, fans who conducted a donation fundraising project to commemorate Jimin’s birthday raised a total of $2,118 with a high participation rate of 142%, which exceeded the planned amount, raising a ‘Children of the Dawn’ for children and orphans with AIDS in South Africa. ‘ has been donated to

In order to imitate the good deeds that Jimin donated 100 million won to Rotary International Club District 3590, a non-profit volunteer organization, fans in Egypt and the Middle East delivered donations for polio patients and donated under the name of ‘Jimin’ for breast cancer research. It conveyed a message of hope, ‘Let’s turn fear into hope’.

Malaysia also made a donation to UNICEF Malaysia to supply polio vaccines to children around the world, and in Chile, donations for autism patients continued.

The Russian fandom also announced that they donated $350 to a dental treatment fund for the underprivileged with love for Jimin’s slightly misaligned teeth, nicknamed xylitol teeth, on Jimin’s birthday. He said that he wanted to make people smile so that people can see their teeth, just like Jimin’s bright smile. 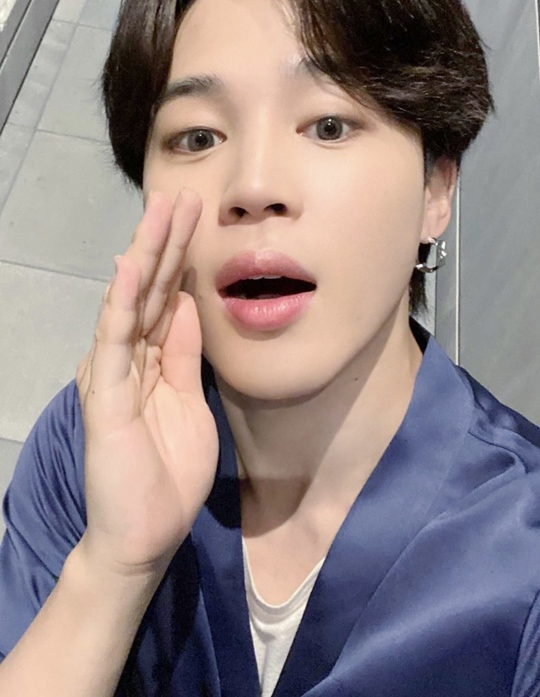 Since his debut, Jimin is called the ‘heart of an angel’ for his steady donations and good deeds. On his 27th birthday, in addition to spectacular events held all over the world, he engraved memories of a more meaningful day with all-time donations from fans for the underprivileged who are struggling with diseases and having difficult days.