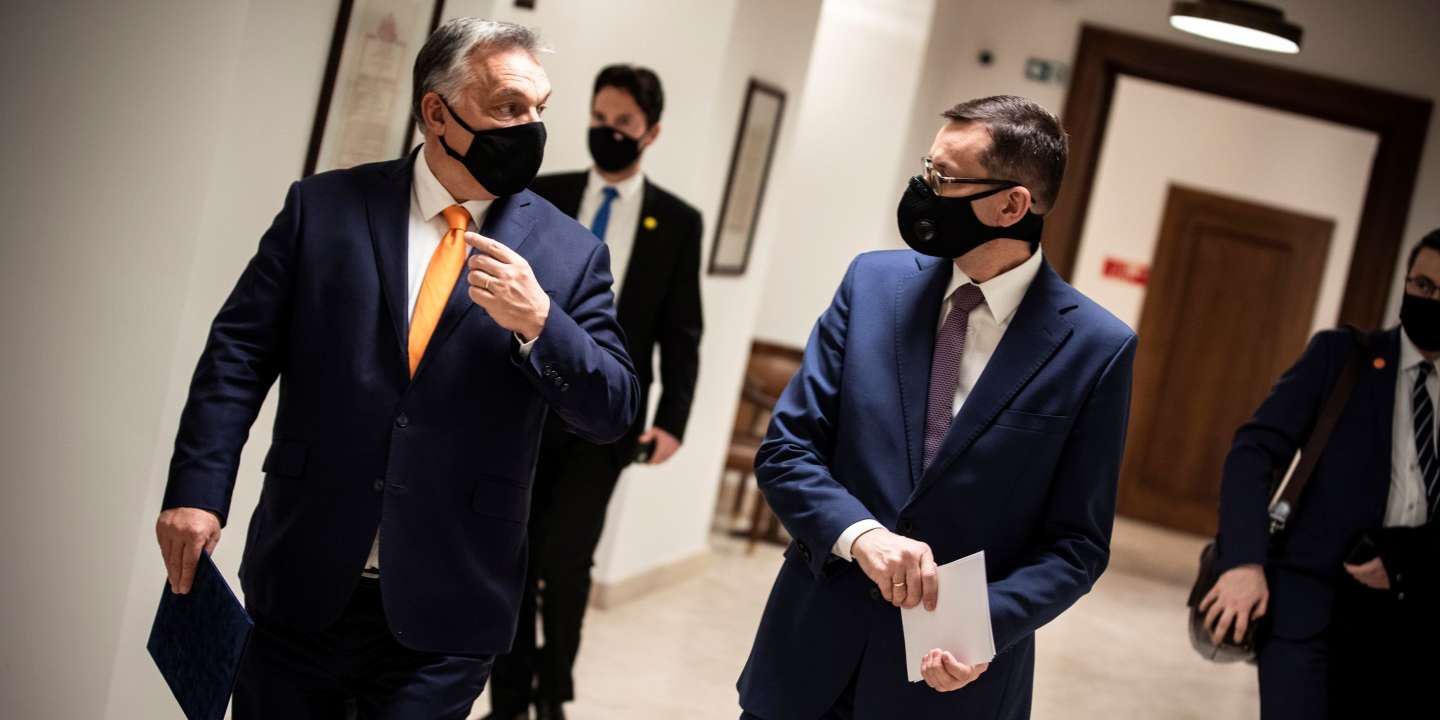 It doesn’t matter if they block the recovery plan and the European budget, whatever if all of Europe expects them to act in these times of pandemic and unprecedented economic crisis, Viktor Orban and Mateusz Morawiecki have no intention of playing de-escalation. The Hungarian Prime Minister and his Polish counterpart, who met on Thursday November 26 in Budapest, in fact issued a joint declaration at the end of their meeting which leaves little room for compromise.

This reaffirms that the mechanism of conditionality of the payment of community funds to respect for the rule of law, as it was drafted, after complex negotiations between the Twenty-Seven and the European Parliament, is their eyes, not acceptable. And that, as long as it is on the table, Warsaw and Budapest will continue to veto not only the Community budget of a total of € 1,074 billion for the period 2021-2027, to which the recovery plan is backed. 750 billion euros, but also to the procedure which should allow the Commission to get into debt on behalf of the Twenty-Seven in order to finance aid to the countries most weakened by the pandemic.

Warsaw and Budapest propose to dissociate the subjects, and to move forward on the financial package of 1,800 billion euros, without waiting for a solution to be found to establish a link between European funds and the rule of law. This mechanism, which in any case requires “A modification of the treaties”, judge the two prime ministers, should for its part be discussed between heads of state and government at a summit.

“Countries in need want the money fast. Let’s give them that money ”, said Viktor Orban in an interview with the German weekly The time, published Thursday.
Before adding: “The other countries want new rule of law rules. All right, let’s discuss it. The first thing, we have to get started right away, the second is less urgent ” and “Can wait a few months”.

Article reserved for our subscribers Read also Didier Reynders on the rule of law: “In some countries, like Poland and Hungary, the problem is systemic”

Unthinkable for the European Parliament, called upon to vote on the multiannual budget. And for several countries, foremost among them the “frugal” (Netherlands, Austria, Sweden, Denmark). The Hague and its allies, initially hostile to the philosophy of a recovery plan based on common debt and the distribution of aid to the countries most affected by the crisis, ultimately only agreed to it because they obtained certain guarantees, including this link between European money and the rule of law. “It is out of the question to reopen discussions on the conditionality mechanism. With their statement today, Poland and Hungary are becoming more and more isolated ”, notes a diplomat.

You have 33.99% of this article left to read. The rest is for subscribers only.