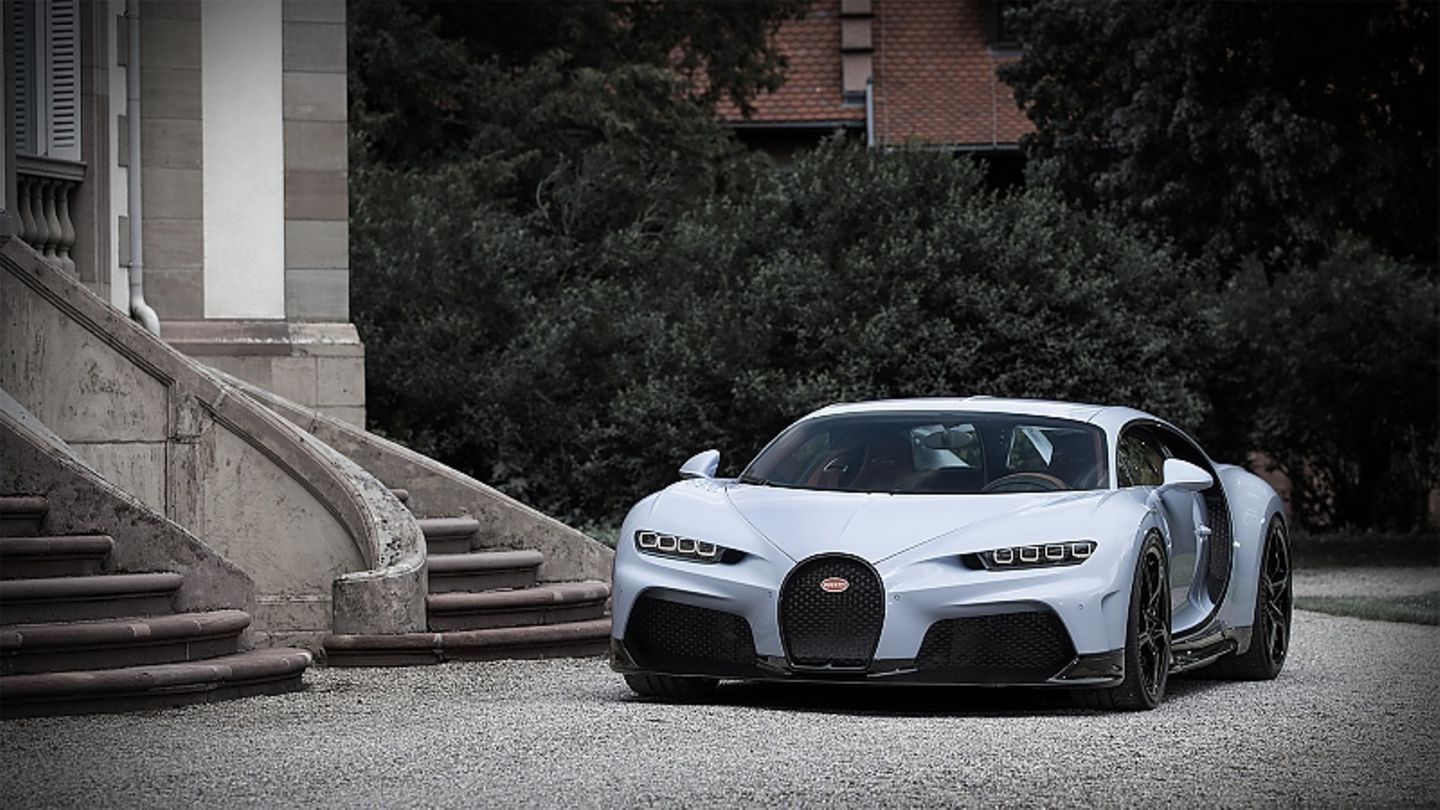 As if the normal Bugatti Chiron wasn’t fast enough, the French are launching a new special series. The Chiron Super Sport is an incredible 440 km / h.

Anyone who looks at the sleek carbon body of the Bugatti Chiron Super Sport will be reminded of the long-tail versions of Porsche or McLaren, because the rear of the Chiron hyper sports car has been lengthened 25 centimeters. The reason is improved aerodynamics, which is urgently needed in order to be able to achieve the increased top speed. The front of the fastest Chiron has been modified and the diffuser has been adjusted accordingly so that the Super Sport remains mobile at speeds beyond 400 km / h. This moves the separation edge of the diffuser upwards and is minimized by 44 percent. This significantly reduces the suction and drag that occurs there, which would otherwise slow down the French. For the designers, a very pleasant effect in addition to the higher top speed: the extended rear part makes the Super Sport appear more elegant than ever.

“All the downforce that we can generate with the diffuser does not have to be created with the aerodynamically less favorable wings – so we can retract the wing as far as possible in top-speed mode and drive with the least possible resistance,” explains Bugatti designer Frank Heyl . Additional outlets on the front wheel arches help to balance the aero loads even further. Only aluminum wheels in a five-Y-spoke design available for the Chiron Super Sport ensure even more exclusivity. These rims are also available with a diamond cut on special request or the customer can choose magnesium wheels, which further reduce the weight of the unsprung masses.

The power Chiron is powered by the well-known W16 engine with a displacement of eight liters, which in the high-speed model has an output of 1,176 kW / 1,600 hp thanks to a larger turbocharger. “For even greater longitudinal acceleration and an even more emotional driving experience, we have increased the speed,” explains Michael Kodra, Head of Drive Development at Bugatti. The turbocharged 16-cylinder rotates at 7,100 revs 300 revolutions more than the standard Chiron. The maximum torque of 1,600 Newton meters is constantly between 2,000 and 7,000 revolutions. Under full load, the Bugatti with its dual clutch transmission only shifts from sixth to seventh gear at 403 km / h. The Chiron Super Sport accelerates from 0 to 200 km / h in 5.8 seconds and to 300 km / h in 12.1 seconds. The Chiron Super Sport sprints from 0 to a breathtaking 400 km / h seven percent faster than the normal Chiron.

The two-ton four-wheel drive vehicle rolls on optimized Pilot Sport Cup 2 tires from Michelin, which are more rigid and smoother than the grip-optimized tires of the Chiron Pur Sport. The maximum speed of the high-speed tires was 500 km / h. Bugatti starts manufacturing the Chiron Super Sport in September. Deliveries of the 3.2 million euro new hyper sports car are planned for the beginning of 2022.