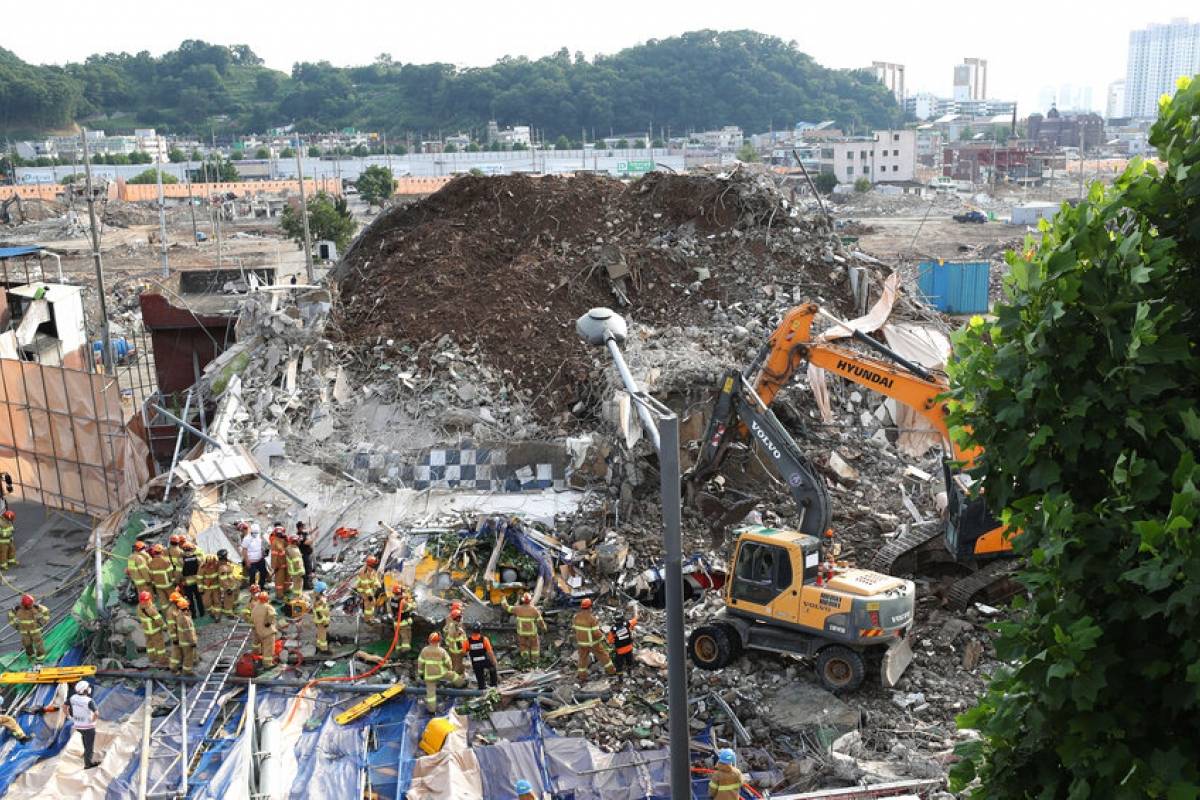 Seoul – A building being demolished in South Korea collapsed on Wednesday, killing four passengers of a bus that was down the street, authorities reported.

The five-story building collapsed in Gwangju, a city in the south of the country, reported the National Fire Fighting Agency.

Rescuers rescued eight people who were on the bus and were seriously injured, along with the eight dead, said an agency official who asked not to be identified.

He added that rescuers are searching the rubble for the possibility of people trapped below. The construction workers were evacuated before the collapse, he said.

Initially the agency had reported in a statement that the debris had fallen on two cars, but later officials of the entity corrected the version by examining surveillance videos.

Another video of the event shows rescuers with stretchers and bars searching for possible survivors, while bulldozers worked on a huge mountain of concrete and twisted metal debris, scattered on a street.