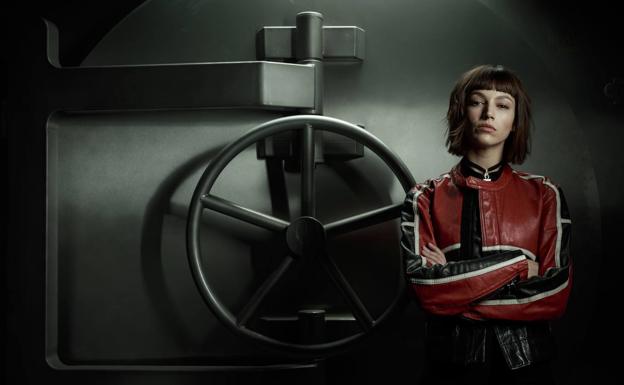 It seems that these times of confinements and platforms will lead us directly to a kind of ‘audiovisual bulimia’. The TV series is all about cultural dialogue. If you’re not following a TV series, you’d better not leave home. Your conversation won’t be of any interest, you’ll inevitably be ‘out’. Major film festivals still refuse to accept the cinematic nature of platforms like Netflix. It is partly understandable; in many ways, what we knew as ‘cinema’ is not the same thing offered on platforms. Our childhood TV series ‘Colombo’ or ‘Los Angeles de Charlie’ also have nothing to do with today. The product we consume now is halfway between TV series, traditional cinema and soap operas. Some critics have repeatedly said that these platforms are nothing more than ‘audiovisual pizzerias’, and I don’t think it’s fair. Quality, as in other artistic productions, is varied. However, with so much to offer, you can hardly find gems. On the other hand, it does not matter that the ‘intelligence’ – if it is something like this today – insists on depriving them of prestige; times are on their side, willingly or unwillingly.

Teenagers watch their TV series in bed on tablets, and we as adults tend to get bigger and bigger TVs to feel like in the movies. On public transport trips, we can use a mobile phone to continue watching TV shows, so that we don’t have time to think nonsense, for example… mmm.

One phenomenon associated with this trend is the perpetuation of TV series. Do you like ‘Los Soprano’, ‘Perdidos’, ‘Orange is the New Black’, ‘El Cuento de la Criada’ or ‘La Casa de Papel’? Do you regret finishing it? No problem. Our factory is ready to offer the second, third, tenth season, as long as it takes until you reach absolute satisfaction, until you can’t keep up with the invitation. In fact, some TV series that could leave a perfect memory end up with an unbearable rotten smell.

If the legendary film ‘Casablanca’ had been made by HBO platforms, it would have extended the ‘beautiful friendship’ between Rick and the gendarmerie for several seasons. Both of them would come out of the closet at the hands of the screenwriters, and after they got married, they would have children to rent, later they would have a long divorce process, and they would organize denialist demonstrations. The “Secondlife” that the Internet offered us was a huge failure. Now it’s the TV series that allow us to live a different life over the course of weeks. Sometimes reality itself offers you perfect soap operas, as in the case of ‘The Crown’. Because the British royal house has offered us unforgettable chapters. Will they watch the TV show around them? What kind of comments will they make? And by the way, why not make a ‘Spanish Crown’? I leave you with the idea.

‘Approach, Knot and End’ are said to be accounts of the past. Now we have the approach, yes; the knot tends to blend to the absurd, and the ending, of course, is always open, so you can add a lot of seasons until all the characters become hateful.