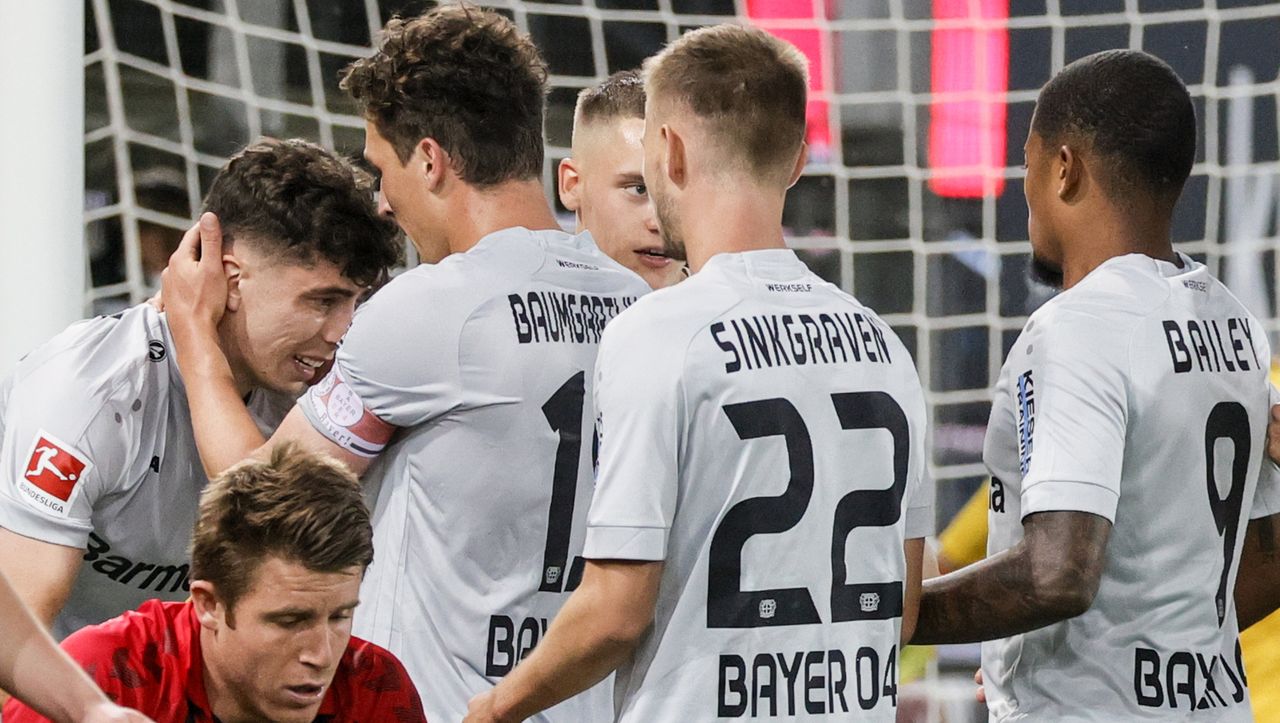 Bayer Leverkusen won the opening game of the 29th Bundesliga match day 1-0 (0-0) at SC Freiburg. The goal of the day was scored by international player Kai Havertz (54th minute). Leverkusen is now third, up to one point on Borussia Dortmund with 56 points, but can be overtaken again by Borussia Mönchengladbach and RB Leipzig at the weekend. Freiburg remains eighth with 38 points.

Both coaches had reacted to the stress of the English Week and changed their team in several positions: Freiburg coach Christian Streich changed four times after the 3-3 in Frankfurt, including Nils Petersen for Luca Waldschmidt in the starting line-up. His partner Peter Bosz brought half a dozen fresh energies to the square. After the 1: 4 against Wolfsburg, he switched back to 3-4-3 and, among other things, had the youngest player in Leverkusen’s Bundesliga history, Florian Wirtz, start from the beginning.

The story, which wrote the first half, was a short one: Leverkusen let the ball and opponents run, Freiburg prevented passports and combinations into the dangerous zones with a lot of running effort. The numbers of the Bosz-Elf: almost 90 percent pass rate, almost 80 percent possession, no goals. However, the fact that it was 0-0 after 45 minutes was more annoying for the hosts: after 43 minutes, Lucas Höler was suddenly free in front of Bayer goalkeeper Lukás Hrádecky, but the 25-year-old attacker put the ball past the goal on the right.

Leverkusen took the lead with the first shot of the game on goal. In the 54th minute, Leon Bailey penetrated into the Freiburg penalty area and fit into the run of Havertz, who caught the ball with a long leg in front of Dominique Heintz and also tunneled SC goalkeeper Alexander Schwolow. It was Havertz’s sixth goal in the past five games, his eleventh this season. And he also set a record: He is the first Bundesliga professional to score 35 goals before his 21st birthday. So far, Klaus Fischer was in first place in this ranking with 34 goals.

Despite the new starting position, there were no other chances at first. Freiburg continued to act extremely defensively and admitted almost nothing against the Leverkusen offensive, but only came dangerously to the guests’ goal shortly before the end: In the 88th minute, Petersen failed from a central position to Hrádecky. So it remained with the 1-0 and the third away win of the Bosz-Elf in the third game after the end of the Corona break.