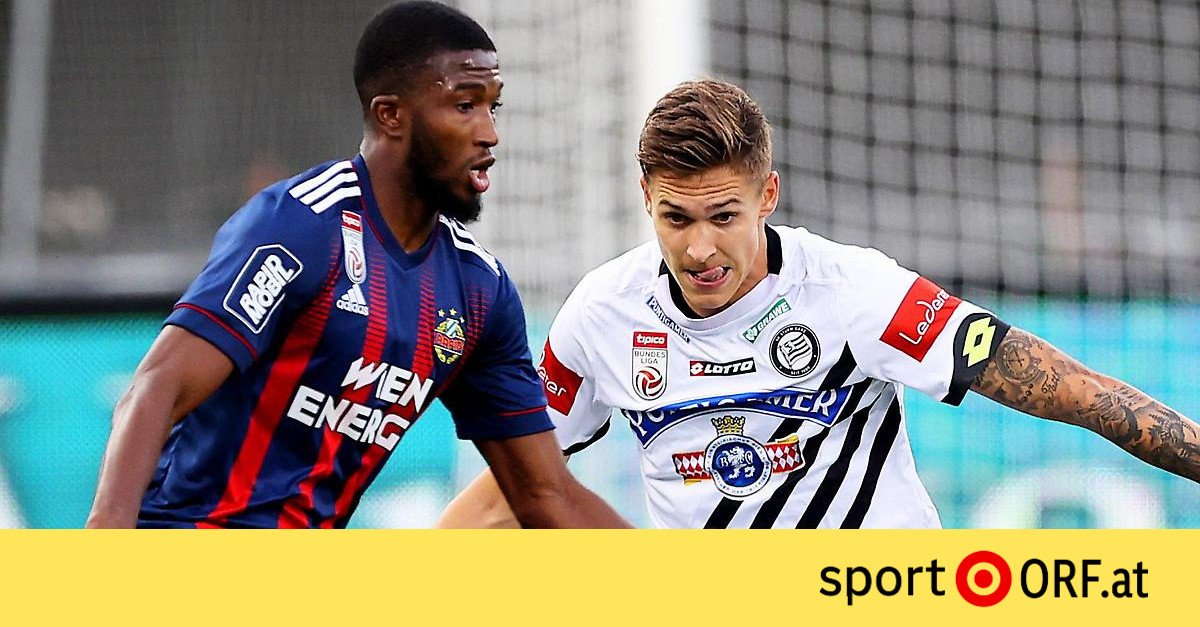 However, both coaches emphasized in advance that the current table situation would not be given a high priority. For example, Rapids Dietmar Kühbauer said: “First place after 32 laps, I’ll sign that. After 13 it is only a snapshot, but of course our goal is to be first on Friday. “

Storm supervisor Christian Ilzer made a similar statement. “First place is currently not very relevant, because every point we get now is halved. It will be decisive in the ten final rounds of the master’s group when it’s really about the award ceremony. It’s harvest time, you have to be there. “

Rapid against Sturm to lead the table

The Bundesliga starts its spring championship on Friday – there is a hit between Rapid and Sturm Graz.

For Rapids Zoran Barisic, first place is only of minor importance at the moment. “I hope the team is able to wipe out the table situation and only concentrate on this game,” said the sports director, who rated Rapids’ short winter preparation as well as Kühbauer as satisfactory.

Ilzer suspected on Wednesday that the four games suspension of Taxiarchis Fountas because of his spitting affair could lead to unrest at Rapid – a representation that Barisic contradicted. “There is definitely no unrest with us. We are solid as a team and don’t let ourselves be disturbed, no matter what. “

In contrast to the suspended Greek, captain Dejan Ljubicic is available again after recovering from ankle injury, and some Hütteldorfer players have recovered from their ailments from last autumn. Only Philipp Schobesberger and Christopher Dibon, who are in advanced training, are missing from the professional squad.

The personnel situation at Kühbauer ensures confidence, but the strong storm appearances make the Burgenlanders thoughtful. “If they get five goals in twelve games, it shows that their game against the ball is going well. They mostly leave the game to the opponent and try to score goals from switching situations, ”said the coach. Therefore you have to “approach the matter cleverly”.

Kühbauer did not let himself be looked at when asked who will act as Rapids Einsergoalie in spring. Candidates are Paul Gartler, who last had a regular place, and ex-ÖFB team keeper Richard Strebinger. The decision will be made by goalkeeper coach Jürgen Macho, announced Kühbauer.

There is no goalkeeper discussion at Sturm. Jörg Siebenhandl saved the Grazers a point in the 0-0 match away against WAC on Sunday thanks to a saved penalty, the 31-year-old has been undefeated for 544 minutes of competitive play. The club record set by Christian Gratzei in 2009 is only 58 minutes away.

Ilzer gave the reasons for the defensive stability. “The defense work starts with the striker. We live it well as a collective, we also need a lot of training and of course we have Jörg Siebenhandl who is in great shape. “

Ilzer described the test of strength with Rapid as an “absolute top game and traditional duel in Austrian football. We go out with the clear intention of winning the game. But Rapid has a great team, we will need a great day, but we dare to do it, ”said Ilzer. His team has taken six wins and one draw from the last seven competitive games and is still unbeaten away from home this season.